In a new video interview, Viola Davis chats about her lead role in “How to Get Away with Murder.” The show premieres on ABC Thursday night and is about a criminal law professor who gives her students real-world cases to solve. Davis really wanted to work with creator Shonda Rhimes, especially after not getting long-term TV jobs before. She says, “I’m a failed television pilot queen.” Davis is a two-time Oscar nominee (“Doubt,” “The Help”) and a two-time Tony Award winner on Broadway (“King Hedley II,” “Fences”). TV Guide

Jeff Labrecque makes the case in defense of Vince Vaughn for the second season of “True Detective.” Vaughn and Colin Farrell have been confirmed this week as two of the new leads for the HBO anthology series. Farrell will be playing a cop, like Matthew McConaughey and Woody Harrelson did this past season. But Vaughn will play “a career criminal in danger of losing his empire” after the murder of his business partner. He says that “HBO couldn’t have cast a better actor, and the role couldn’t have arrived” at a better time. Entertainment Weekly

Is comedian Kathy Griffin first in line to replace the late Joan Rivers as host of “Fashion Police” for the E! Network? She might be the frontrunner, but the network is also looking at several other women and men. The recent tribute to Rivers on September 19 brought in a record 1.1 million viewers. The show will not return again until January 12 following the Golden Globe Awards. TV Line

The new Denzel Washington movie “The Equalizer” is expected to make a big splash at the box office this weekend. After a great response at the Toronto Film Festival, insiders predict it could shoot its way past $30 million for its U.S. debut. The reunion between the Oscar winner and his “Training Day” director Antoine Fuqua focuses on a former special forces member who ends his self-imposed retirement to do battle on the streets of Boston. Hollywood Reporter

In a heavyweight battle this week, “Godzilla” beats “The Fault in Our Stars” in Blu-ray/DVD sales. The monster remake starring Bryan Cranston easily debuted in the top spot. The younger-skewing Shailene Woodley film came in second place. “Captain America: The Winter Soldier” with Chris Evans fell from first to third. Variety

The Latin Recording Academy releases their full list of nominees for the 2014 Latin Grammy Awards. Puerto Rican rap duo Calle 13 has the most nods with nine, including Record of the Year and Album of the Year. Other top nominees: Andres Castro (eight), Tom Coyne (seven), Julio Reyes Copello and Carlos Vives (six each), and Enrique Iglesias and Descemer Bueno (five each). L.A. Times

The last day of shooting for Oscar Isaac on “Star Wars: Episode VII” is this Friday. With such a rising star in Hollywood, he says he is feeling no pressure with that high profile film or another Coen brothers movie (after “Inside Llewyn Davis” last year). He will next be seen on the big screen in “Two Faces of January” and then “A Most Violent Year.” He will shoot David Simon‘s new HBO miniseries “Show Me a Hero” soon. HitFix 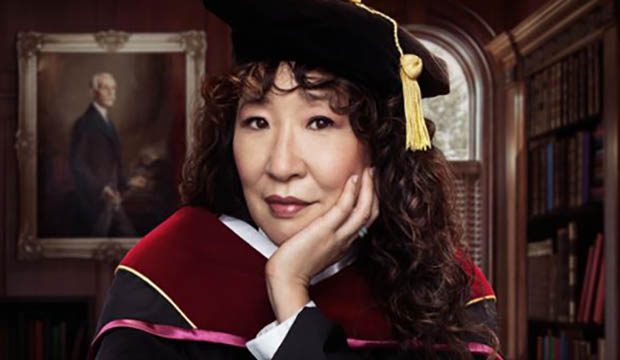 Jump in and predict the SAG Awards film nominees at the earliest date ever!

Will Denzel Washington's treacherous Shakespearean role finally bring him into the three-Oscar club?

Hunter Doohan ('Your Honor'): Viewers should buckle up because this series 'starts off with a bang'…