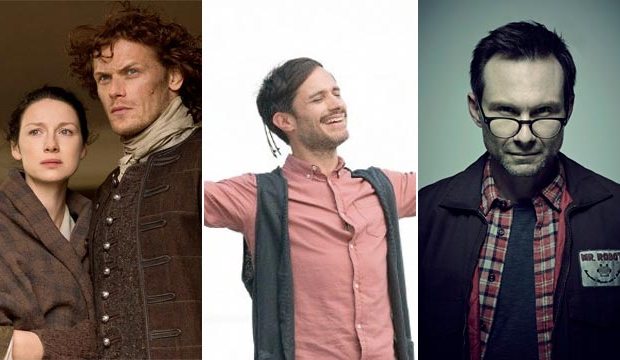 Starz and Amazon and USA Network

Every year, the Emmys giveth and the Emmys taketh away. When the 2016 Emmy Awards nominations were announced this morning, many major contenders and frontrunners were cruelly snubbed. See the Top 10 biggest head-scratching snubs below. For the complete list of Emmy nominations, click here.

“Mozart in the Jungle”
Apparently when Emmy voters skunked this Amazon comedy last year, it wasn’t a fluke. The reigning Golden Globe champ for Best Comedy Series and Best Comedy Actor (Gael Garcia Bernal) was completely ignored outside of a lone bid for Best Sound Mixing.

Christian Slater
Congrats to USA’s “Mr. Robot” for earning six bids including Best Drama and Best Actor (Rami Malek), but it was quite eye-popping to see the show’s biggest name-check nominee Slater left out in the cold.

Uzo Aduba
Two-time champ Aduba was the frontrunner to win Best Drama Supporting Actress for the third cycle of “Orange is the New Black,” however she was mysteriously M.I.A. in the list of noms. In fact, her show only received a single bid for Best Casting.

“Modern Family” cast
Is the end of “Modern Family” near? After seven years on the air, this Best Comedy Series nominee received by far its lowest tally yet with just four bids. Worse yet, only one cast member — Ty Burrell — was recognized, down from a whopping seven back in 2011.

“Billions”
The freshman Showtime drama was a spoiler for a Best Drama Series nom and all three stars (Paul Giamatti, Damian Lewis, Maggie Siff) were expected to earn acting bids. Sadly, the show received zero nominations in all. Hmm, perhaps they should just rename it “Millions”?

“So You Think You Can Dance”
Fox’s perennial reality-competition show and its charming host Cat Deeley were both snubbed after five consecutive nominations each. It only nabbed a trio of tech bids this year: two for Best Choreography and one for Best Lighting Design.