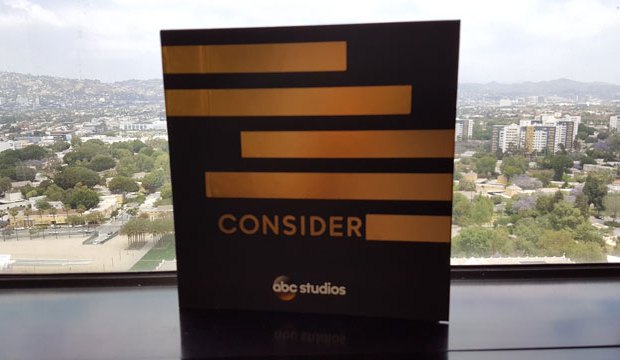 ABC Studios is looking to make some big Emmy Awards noise this year, giving the first two pages in its FYC mailer to critically hailed and Emmy-winning limited series “American Crime” and the Emmy-nominated “Black-ish.” See photos above.

The first outing of anthology series “American Crime” went on to score 10 Emmy nominations last year including one for Best Limited Series and a win in the Supporting Actress category for Regina King. In its second year the show has received some if its best critical response, especially for Lead Actress hopeful Lili Taylor and Supporting Actor contender Connor Jessup.

“Black-ish” scored a single Emmy nomination in its freshman season for star Anthony Anderson in the Best Comedy Actor category and it’s hoping a few open slots left by now-gone comedy contenders will leave the door open for it to slide into the Comedy Series and Lead Actress (Tracee Ellis Ross) races.

Please note: “Modern Family” is produced by Fox so it does not appear here in ABC Studios’ mailer. Do you think “Black-ish” will break into the Comedy Series category and more? Sound off in the comments section below or join the discussion right here in our TV forum.