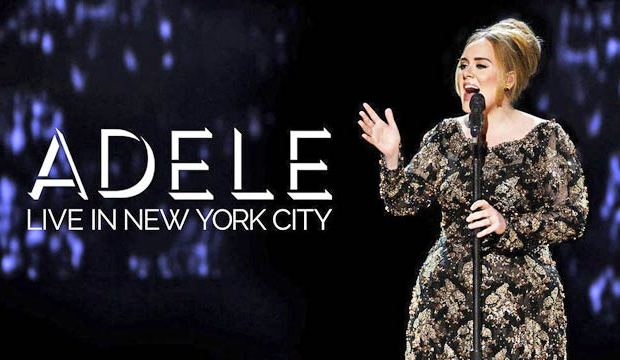 Adele is a 10-time Grammy champ and an Oscar winner for “Skyfall” (Best Song, 2012). If she adds an Emmy to collection this year for “Adele Live in New York City” she’ll just be a Tony away from the coveted EGOT. “As it stands, we’ve got the GO,” laughs Jonathan Dickins, who’s nominated for producing the NBC concert special along with Adele and Lorne Michaels. “We haven’t got the EGO yet, we’ve got the GO. And we’re in a very, very strong category.”

“Adele Live in New York City” earned four Emmy nominations this year: Best Variety Special, Best Directing (Beth McCarthy-Miller), Best Lighting Design and Best Technical Direction/Camerawork. Regarding the noms, Dickins tells Gold Derby by phone, “It was amazing. We were delighted. Let’s be honest, to be among the people we’re included up against — because there’s some incredible programming nominated alongside of us — it already feels like a win in a certain way. As you can tell, she’s a pretty normal girl. And so for us to even be considered within these other mediums is phenomenal.”

It’s rare these days for the major broadcast networks to produce a live concert, so how did the Adele special come about? “There’s obviously history with NBC and history with Lorne in particular because of how instrumental ‘SNL’ was in really breaking Adele in America,” Dickins explains. “Up until then, we weren’t explosive, we weren’t out of the gate. Without a doubt one of the major catalysts for us was her performance of ‘Chasing Pavements’ on ‘SNL’ and it kind of felt like, let’s go full circle with this.”

“First of all, it’s incredible company to be in,” notes Dickins about the high ratings. “Let’s also look at how people’s viewing habits have changed since 2005. I mean, 11 years in terms of technology in the way that people consume things now is a lifetime. It’s incredible that people watched it. And it’s a testament to Adele. She offers more than just one of the best voices of her generation.”