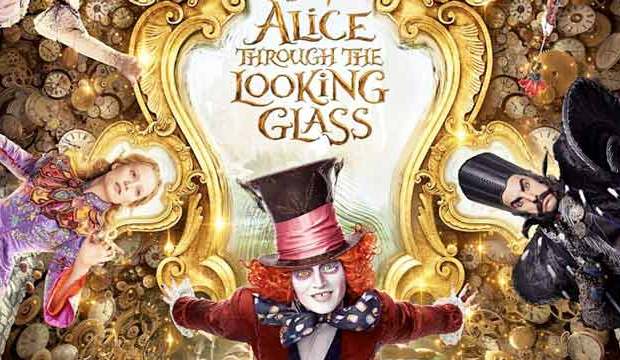 Six years ago, Disney’s re-imagining of “Alice in Wonderland” from director Tim Burton earned a trio of Oscar nominations and won two: Best Costume Design and Best Art Direction. It lost its third bid, Best Visual Effects, to “Inception.” The highly anticipated sequel “Alice Through the Looking Glass,” which was released on May 27, may be equally embraced by the film academy in the craft categories for Costumes (Colleen Atwood is a three-time champ), Art Direction (Robert Stromberg won two while Karen O’Hara has one), Visual Effects and more.

Burton is back as a producer of “Alice Through the Looking Glass,” while James Bobin directs the film based on Linda Woolverton‘s screenplay and Lewis Carroll‘s original novel. Bobin, an 11-time Emmy nominee for “Flight of the Conchords” and “Da Ali G Show,” is perhaps best known for bringing Jim Henson‘s iconic Muppets back to the silver screen with “The Muppets” (2011) and “Muppets Most Wanted” (2014), so it makes sense that he’s now tasked with re-introducing the world to Alice Kingsleigh.

Alice (Mia Wasikowska) returns to the magical realm of Wonderland when Absolem (the late Alan Rickman in his final performance) and the others inform her that the Mad Hatter (Johnny Depp) is depressed and needs her help. Alice’s journey takes her through time and space as she interacts with the White Queen (Anne Hathaway), Red Queen (Helena Bonham Carter) and even Time itself (Sacha Baron Cohen).

In our poll asking our readers if this sequel will be an Oscar contender, a whopping 82% have voted yes. Of that number, 45% say it’ll just be nominated at the Academy Awards while 37% predict it will win at least one Oscar. What do YOU think? Keep voting in our poll below.