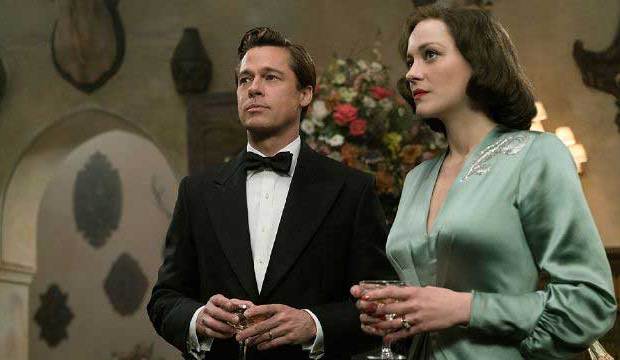 “Back to the Future,” “Who Framed Roger Rabbit,” “Death Becomes Her,” “Forrest Gump,” “Cast Away,” “The Polar Express,” “A Christmas Carol,” “Flight,” “The Walk.” A brief selection of Robert Zemeckis’ filmography, which reads like a what’s what of effects-filled cinematic classic adventures. “Back to the Future” and “Forrest Gump” are seen as his crowning glory, with the latter winning him Best Director at the 1995 Oscars.

Surprisingly this consummate filmmaker has only one other Oscar nomination: Best Original Screenplay for “Back to the Future,” shared with Bob Gale; they lost to the “Witness” scribes. You’d have thought a director as revolutionary as Zemeckis, who’s helmed some true cinematic masterpieces, would have earned a few more nominations. And with that win for “Forrest Gump” more than two decades ago, he is long overdue to return.

His new film, “Allied,” could be the right movie at the right time. Oscar winners Brad Pitt and Marion Cotillard play an intelligence officer and a French resistance fighter who fall in love while fighting the Nazis during World War II. But there may be more to the story: is Cotillard really an ally or a German spy? The screenplay is by Steven Knight, who earned an Oscar bid for his original script for “Dirty Pretty Things” (2002). And Zemeckis produces the film along with Oscar champs Steve Starkey (“Forrest Gump”) and Graham King (“The Departed,” 2006).  Watch the action-packed new trailer for “Allied” above.

The players involved are all of high-calibre. The story is both dramatic and emotional with the leads getting plenty of those ‘awards’ moments we often talk about – like Mark Ruffalo’s big scene in “Spotlight,” which effectively earned him his Best Supporting Actor nomination last year. And the screenplay, with its twists and turns, could also contend.

“Allied” marks a departure from many of the movies associated with Zemeckis as effects take a back seat to plot and character development. That change of pace could pay off with a third Oscar nomination at long last. Ironically, one of his potential Oscar rivals, Ang Lee’s “Billy Lynn’s Long Halftime Walk,” placed technology above everything else far too much.