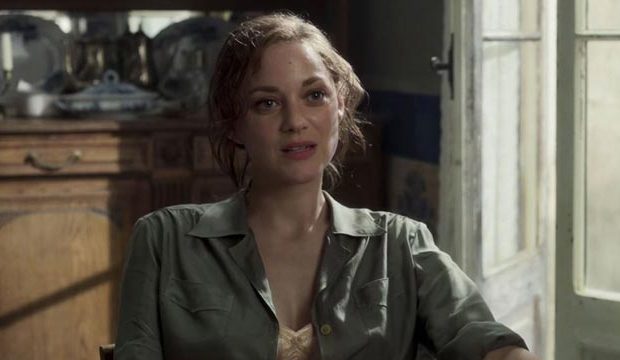 Oscar-winner Marion Cotillard returns to the awards conversation with her performance in Robert Zemeckis’s World War II-era thriller “Allied,” which opened November 23. Cotillard had been nominated twice by the academy, but despite many impressive credits in English-language films, she has only ever been recognized in her native French. Will that finally change this year?

Cotillard won her first Oscar for her portrayal of legendary singer Edith Piaf in 2007’s “La Vie en Rose,” which also earned her Best Actress prizes from BAFTA, the Golden Globes, and France’s Cesar Awards. Cotillard was only the third French actress to win an Oscar, following Simone Signoret’s Best Actress victory for “Room at the Top” (1959), and Juliette Binoche’s Best Supporting Actress win for “The English Patient” (1996). Hers was also the first French-language performance to win an acting Oscar.

After “La Vie en Rose” Cotillard crossed over into American cinema, appearing prominently in Oscar nominated films like “Nine” (2009), “Inception” (2010) and “Midnight in Paris” (2012), along with acclaimed dramas “Contagion” (2011) and “The Immigrant” (2013), but she wasn’t nominated for those. She didn’t return to the Best Actress category until 2015 with another French-language film: 2015’s “Two Days, One Night.” So if she earns a nod for “Allied,” it would be her first nomination for an English-language performance.

Dish ‘Allied’ with Hollywood insiders in our notorious forums

In “Allied” Cotillard plays Marianne Beausejour, a French resistance fighter who teams up with a Canadian intelligence officer (Brad Pitt) on a secret mission behind enemy lines. The two fall in love and marry, but she is soon suspected of being a double agent working for the Germans.

As of this writing the film has a score of 62 on MetaCritic, with many critics praising Cotillard’s performance. Peter Sobczynski (Rogerebert.com) says, “Cotillard is pretty amazing as Marianne, bringing such depth to her characterization that we become as enraptured with her as Max is.” Pete Hammond (Deadline) adds, “‘Allied’ is what movies were once meant to be … with wonderful performances from Brad Pitt and Marion Cotillard.” And Stella Papamichael (Radio Times) singles her out, saying, “Cotillard plays the part with an effortless blend of gentle sass, sensuality and moments of porcelain vulnerability that will leave you guessing.”