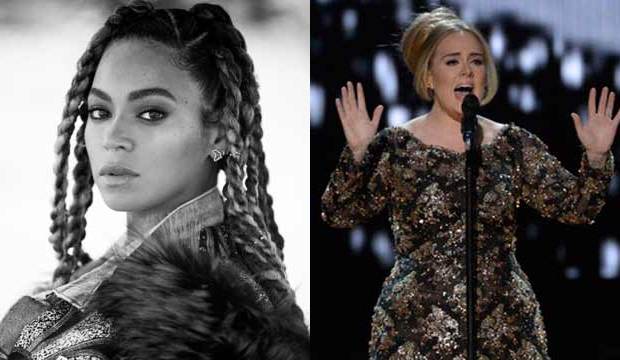 Time to update your American Music Awards predictions! This week the AMAs announced their final five nominees for Artist of the Year, narrowed down from the longlist of 10 they announced with the rest of this year’s nominations in October. The big surprise is that the five nominees don’t include the two artists who had been our predicted frontrunners in the category: Adele, who had led with 8/5 odds, or Beyonce, who ranked second with 13/5 odds. Even Drake (our fourth place choice with 4/1 odds) is out despite setting a new record for the most nominations in a single year (13).

Instead, the final nominees are Justin Bieber, Selena Gomez, Ariana Grande, Rihanna and Carrie Underwood. A couple of those nominees are surprising given their limited nominations totals. Gomez has only one other bid this year, Pop/Rock Female Artist, while Grande has no other nominations at all. But these awards are decided by fans voting online, so perhaps this makes sense: if fans of Gomez and Grande had few other options, it might have inspired them vote for their faves more urgently in Artist of the Year.

Bieber is next with five nominations. He contends for Pop/Rock Male Artist, Pop/Rock Album (“Purpose”), Pop/Rock Song (“Love Yourself”) and Video of the Year (“Sorry”) as well as for Artist of the Year. Bieber has won Artist of the Year twice before (2010, 2012); if he wins again he will tie Taylor Swift‘s record for the most victories in the top category with three.

Underwood is also a past winner of Artist of the Year, having claimed that title in 2007. Besides that category this year she is also nominated for Country Female Artist and Country Album (“Storyteller”).

Make your AMA predictions now; change them till Nov. 20

Gold Derby readers just like YOU often turn out to be our smartest prognosticators, so it’s important that you give us your predictions. You can continue to update and change your forecasts as often as you like before winners are announced on Nov. 20.  Just click “Save” when you’ve settled on your choices. You’ll compete to win a $100 Amazon gift certificate, bragging rights and a place of honor on our leaderboard. Our racetrack odds change as you make your predictions, just as they do when you bet on the Emmys, Oscars, Golden Globes and more. Be sure to read our contest rules and sound off on the AMAs race in our music forum.