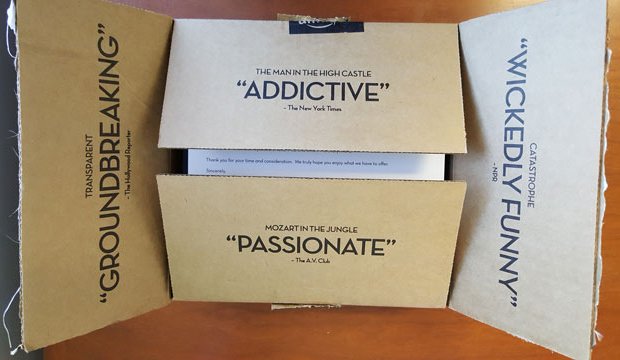 Amazon original series won the battle of streaming services at the 2015 Emmy Awards, taking home five trophies to Netflix’s four. This year, Amazon is looking to push its nomination total from 12 in 2015 even further up with a slew of original programs sent out in their Emmy FYC mailer that all hope to join “Transparent” in the winner’s circle. See photos above.

Selected episodes of each of the Amazon’s originals were included on six different discs within the main folder. Amazon also included a passcode that lets Emmy voters go to their FYC site and watch full seasons of their programming. Do you think Amazon will take another giant leap into the Emmy race?