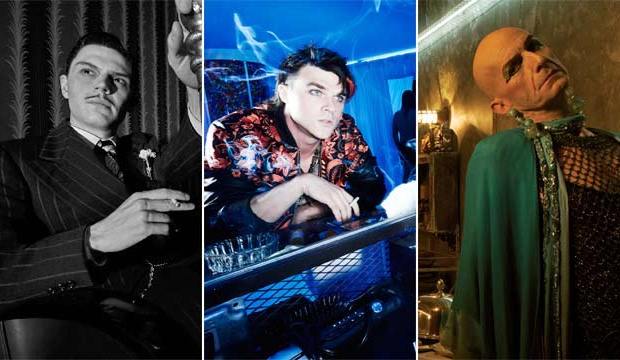 He’s baaaack! Evan Peters recently revealed to Gold Derby that he’s returning for the hush-hush sixth season of FX’s “American Horror Story,” but that he still has “no idea” who he’s playing. “We shall see,” he laughs. “When you know, let me know, because that’d be great to know.” Gold Derby also chatted with Denis OHare and Finn Wittrock about coming back for the new cycle (see their quotes below), while our sister site TVLine has officially reported the returns of Lady Gaga, Angela Bassett and Cheyenne Jackson.

“I can’t imagine I won’t come back,” O’Hare hints in typical Ryan Murphy fashion. “They’ve approached me. I did talk to the writers a while ago and I got a little inkling of something and then when I re-approached them, they were like, ‘Oh, no, no, no, that’s done now, that’s changed.’ So even if we do get a hint of something, it doesn’t matter, it changes.”

Wittrock has more of a concrete answer about his potential return, admitting, “I think I am gonna come back for a spell.” As for who he’ll be playing or the new season’s major plot points, he says, “I literally know nothing about it. They keep us actors totally in the dark so we can’t spill any beans.”

Peters also tells us that he wants season six to be titled “American Horror Story: Space Station.” He explains, “I know we already did aliens [in ‘Asylum’] but I really want to see a world where we’re trapped in space and something happens. Maybe people start to go a little stir-crazy and turn on each other.”

Click each “American Horror Story: Hotel” Emmy contender below to be taken to their complete video interview:

Will 'Mare of Easttown' become the latest limited series to win 3 acting Emmys?

'American Horror Story' fans, what did you think of Macaulay Culkin's potty-mouthed debut as Mickey…

Hey, Evan Peters: Is your Emmy speech ready yet for 'Mare of Easttown'?