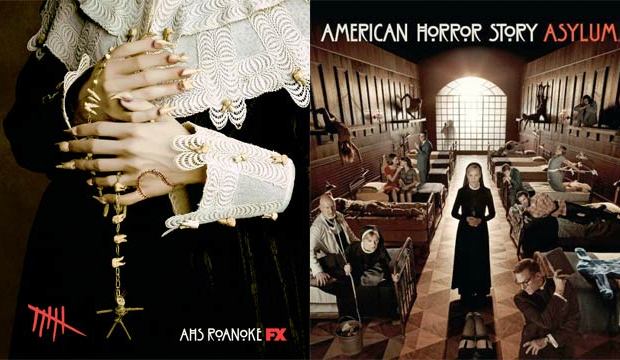 While positive reactions for “American Horror Story: Roanoke” continue to pour in, we’re left to wonder whether this sixth installment of the FX franchise may actually be — gasp! — better than the highly praised “American Horror Story: Asylum.” With only two episodes left of Season 6, our readers continue to praise this season in our TV forums. After reading some of their responses below, be sure to vote in our new poll below about whether you think “AHS: Roanoke” is better than “AHS: Asylum.”

forwardswill: This season has quickly become one of the most riveting pieces of television I can remember.

Sab227: Never has this show actually terrified me and for the first time last night it accomplished that feat. My god I’m already going to say if Kathy Bates doesn’t win the Emmy then it will be one of the biggest snubs ever. I can’t believe how much I love this season so far its my second favorite right after “Asylum,” but who knows it could become my first if it keeps going at this rate.

Atypical: Somewhat surprised by how things are progressing, but that’s the benefit of a shortened season. The lo-fi “Blair Witch” approach is both effective and jarring.

Bee: Ok I have been hard on “AHS” since “Coven.” I’m FINALLY enjoying it. Kathy Bates is at her best of the whole show. Perfect.

Madson Melo: I never thought I was going to say this again, but this season of “AHS” is AMAH-ZING! It gives me chills, it’s really good and the acting is marvelous! Best season, ever!

erenjaeger: I’ve watched “AHS” from Season 1, but stopped halfway through “Freak Show.” However, I gave “Roanoke” a shot and I have to say, it’s the best “AHS” season yet! The story is riveting and it stands out from all the other seasons. I’m so glad the show is back on track!

Hunterbergfeld: Wow wow wow wow wowzers! This episode [“Chapter 8”] was amazing. I am shocked that Adina Porter is not being submitted at the Golden Globes. She was the best of this episode. I hope this show can make an Emmy comeback.

Reis: Wow. “Roanoke” is delivering everything week after week.

Adina Porter ('American Horror Story: Cult') on the moment she found out about Emmy nomination: 'You're…