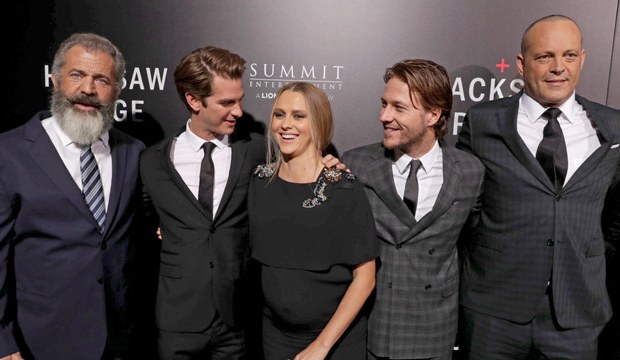 Nominations for the sixth annual Australian Academy of Cinema and Television Arts (AACTA) Awards were unveiled in Sydney on Oct. 27, with Mel Gibson’s acclaimed comeback “Hacksaw Ridge” dominating the field with 13 nominations including for Best Picture and Best Director for Gibson. Interestingly, Aussie Garth Davis’ “Lion,” Australian-funded and partly filmed in Australia, and a likely contender on the awards circuit this year, was not eligible for consideration at the AACTA’s local awards, either because of its release date (it opens Down Under in January 2017) or because it did not meet the Aussie Academy’s strict local production criteria.

Nominees also included the likes of Andrew Garfield, Teresa Palmer, Hugo Weaving and Rachel Griffiths (all for “Hacksaw Ridge”) and Sam Neill, Miranda Otto and Anna Torv (all for “The Daughter”).

The Australian Academy typically announces nominations for its local industry awards a few weeks before it unveils its International Awards, which are held separately in Los Angeles each year across seven categories: Best Film, Best Direction, Best Screenplay, Best Lead Actor, Best Lead Actress, Best Supporting Actor, Best Supporting Actress. Those nominations are expected to be revealed in mid-December this year, and will likely include many of the films and performers jostling for attention in this crowded pre-Oscars awards season, as the AACTAs continue to position themselves as an Oscar bellwether like their BAFTA brethren have done in recent years in the mother country.

Joining “Hacksaw Ridge” in the Best Film lineup are “The Daughter” (co-produced by previous Oscar nominee for “The Piano” Jan Chapman) “Girl Asleep,” “Goldstone” and “Tanna” (which is Australia’s submission for the Best Foreign Language Film category at the Oscars).

The AACTA Awards will be held in Sydney on December 5th. Below is a full list of the film nominations.