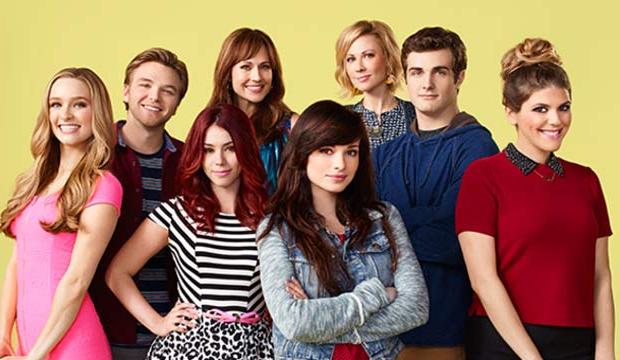 I’ll admit it, I’m pretty bummed the Season 5 finale of MTV’s “Awkward” looks to be its last but even more bummed that it may not get the recognition it deserves from Emmy Awards voters if this was in fact its swan song (there is still chatter about a resurrection for a sixth season). While voters tend to prefer the snobby, more dramatic and less-on-laughs kind of “comedy” these days (I’m looking at you, streaming shows) this Emmy voter still likes comedy with laugh and a hint of heart — exactly why “Awkward” deserves its due respect.

The MTV laffer centers around Jenna Hamilton (Ashley Rickards) who was unpopular in high school until an accident was mistaken for a suicide attempt by the student body made her the center of attention and opened her life into a world of unwanted drama, including having a secret relationship with the most popular guy in school Matty McKibben (Beau Mirchoff).

The simple yet new twist on the high school story made the show hard to ignore. Its ratings were consistently high for a scripted series on the music television network which helped it last for five seasons — making it MTV’s longest running scripted comedy series.

The show was also the cable network’s most critically acclaimed, cracking several Top 10 lists during its time including The Huffington Post, The Daily Beast, The New York Daily News and The New York Times. It also received a Critics’ Choice Award nomination in the Best Comedy Actress race for star Rickards (2012) and a People’s Choice Award for Favorite Cable TV Comedy (2013), plus consecutive nominations in the same category in 2014 and 2015. Of the recent finale, Zap2it says it “ended with a bang. And as always with the MTV show, its finest moments were a combination of drama and humor.”

After Jenna and Matty graduated last season the show made the decision to time-jump to the summer after the main characters’ first year of college, which brought it out of the high school days and gave the characters real struggles that plague many post-college freshmen. Jenna and Matty continued to battle with their on-again/off-again relationship but the writers also gave Rickards and Mirchoff more to work with as we found their characters each having doubts as to whether they had made the right college choice. And Brett Davern and Molly Tarlov also deserve kudos for their portrayals of Jake Rosati, who struggled in taking a year off of college, and mean girl Sadie Saxton, who finally revealed her heart.

In the finale “Happy Campers. Happier Trails” we come full circle on the characters’ relationship with a heartfelt proposition by Matty pleading with Jenna to choose whichever school is best for her, not based on a guy — including himself. The tricky material packed an emotional punch with a few one-liners which both Mirchoff and Rickards handled in award-worthy fashion. It was reminiscent of the scene in “The Kids Stay Out Of The Picture” episode of “Will & Grace” where Debra Messing had similar material and ended up winning an Emmy in 2003.