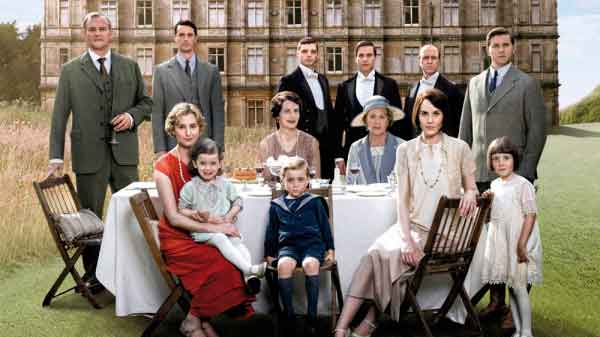 Don’t look for “Downton Abbey,” the world’s most popular program, among the winners of this year’s BAFTA TV Awards. Indeed this Brit hit, which reaps multiple Emmy Awards bids each year, did not even number among the nominees at these prizes bestowed by the British academy of film and television on Sunday.

Although there are a slew of British shows that qualify for Emmy consideration because of American co-producers, they rarely contend for these homegrown awards. For example, “Downton Abbey” has not contended in any BAFTA categories (including the crafts) for the past three years save for a production design nomination in 2013. Since then, it has won the SAG Awards ensemble prize twice and reaped three Emmy bids for Drama Series as well as 10 nominations for its series regulars.

While the British academy awards for film have become an important precursor prize to the Oscars, the TV kudos have little impact on the Emmys. That dichotomy is due to the fact that the film folk overhauled their nomination process to mirror that of the American academy while the TV side stuck with a system that lets too few decide too much and lacks a lot of categories.

The entire BAFTA membership, which numbers in the thousands, can vote for up to six programs or individuals per category. The top six vote getters in each category then go through to a second round of voting. Then, according to the BAFTA guidelines, “each broadcaster has the opportunity to enter an additional program per category, per channel. In the case of terrestrial channels that have digital channels, the broadcaster can only choose one of their digital channels in which to put a program forward; this does not affect their right to enter their terrestrial channels.”

Thus, the second round of voting may have upwards of 10 further contenders per category supplementing the original six choices of BAFTA members. Voting in this second round is restricted to voters who sit on the separate juries for each award. They view the tapes and whittle the entries down to four nominees before choosing a winner. It is possible that many of these nominees and even winners could be the secondary submissions of broadcasters rather than the primary picks of BAFTA voters.

There are between nine and a dozen voters per panel and “each jury aims to be balanced in age, sex, experience, ethnicity and in broadcasting allegiances, with a track record of achievement in the genre and with no direct association with a short-listed programme. It must also comprise a mix of related skills such as writers, producers, directors, actors.”

With only four programs nominated per category, the odds of reaping bids are long. And they get even more remote for performers. While there are separate awards for one-off telefilms, miniseries (defined as two to five episodes) and drama series (six to 19 installments), all the performances across these genres are pitted against each other to fight for four slots for each of lead and supporting actor and actress.

On the comedy, there are no supporting awards. And none at all given for performers in continuing dramas such as “Coronation Street” and “Eastenders” which are mainstays of the ITV and BBC primetime schedules respectively with five episodes per week drawing upwards of 10 million viewers.