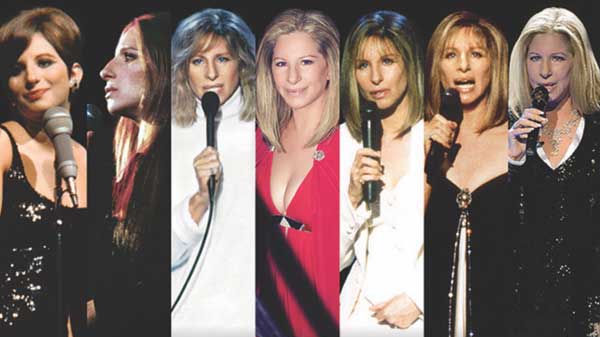 Barbra Streisand just announced a mini-tour this summer in support of her new album “Encore: Movie Partners Sing Broadway,” which pairs her with some of Hollywood’s biggest names. It is a follow-up to her 2014 smash hit “Partners,” which saw her sing with a dozen men including Blake Shelton, Michael Buble and Elvis Presley. That platter debuted atop the Billboard chart, making her the first artist to score #1 albums in six consecutive decades. And with word that concert-goers will get a copy of “Encore,” expect this new disc to do the same.

Surprisingly, only three of these — “People,” “Guilty” and “The Broadway Album” — number among her six bids for Album of the Year at the Grammys. She has won that top prize just once: in 1964 for her self-titled debut disc (which reached only #8 on the charts). Her other nominations came for “My Name Is Barbra” (1966) and “Color Me Barbra” (1967).

While “The Broadway Album” lost to Paul Simon‘s “Graceland,” Streisand did win the last of her eight Grammys for that return to her rialto roots prevailing in the now-defunct Pop Female Vocal Performance category. She had claimed that prize previously in 1964 (“The Barbra Streisand Album”), 1965 (“People”), 1966 (“My Name is Barbra”) and 1977 (“Evergreen”). That last tune, which she composed, also won her Song of the Year (as well as an Oscar). She also was named Best Pop Duo/Group with Barry Gibb for “Guilty” in 1980.

In all, this versatile singer/songwriter has reaped 41 nominations across a dozen Grammy categories. Surprisingly, she has never won Best Traditional Pop Album, despite nine bids in that race. Five of those losses were to Tony Bennett, who has racked up a staggering 13 wins in the quarter-century history of this award. Among these were his 2015 win with Lady Gaga for “Cheek to Cheek” over, among others, “Partners.”