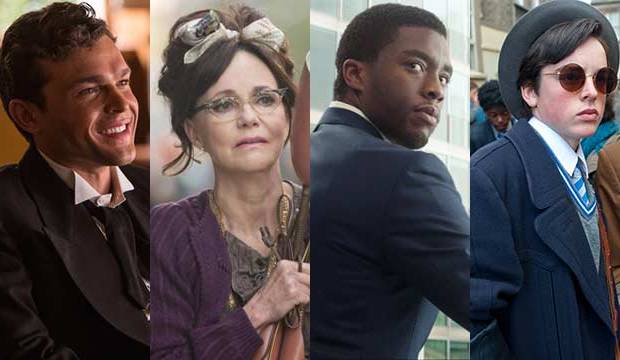 We’re nearing the halfway point of 2016, so who gave the best performances of the year so far? Oscar voters usually lean on fall releases when deciding on the year’s best, but there have been several notable exceptions of spring and early summer titles making an impact during the awards season.

Just last year Alicia Vikander made a bigger-than-expected awards splash for her performance as a self-aware cyborg in “Ex Machina.” That film opened in April, but even though it wasn’t the film that won her the Best Supporting Actress Oscar (that would be “The Danish Girl”), it did earn her nominations at the Golden Globes and BAFTA Awards, and it certainly helped raise her profile throughout her awards campaign.

Wes Anderson‘s “The Grand Budapest Hotel” opened in March 2014, and not only did it survive the long wait for Oscars, it became Anderson’s most successful film yet, winning four out of its 10 nominations. And in 2011, several earlier releases made the cut in top categories at the Oscars: “The Tree of Life” (May), “Beginners” (June), “A Better Life” (June) and “Midnight in Paris” (June).

So which performances are our forum posters loving from the first five months of the year? See some of their lists below, and make sure to join the discussion in our message boards.

Is ‘Hail, Caesar!’ from Joel and Ethan Coen the first Oscar contender of 2016?