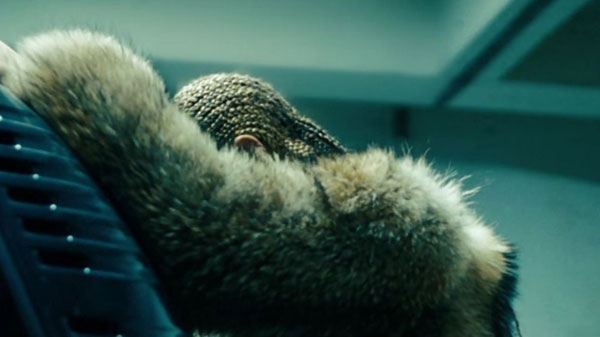 Beyonce just dropped “Lemonade,” her sixth solo album on Tidal, the streaming service she co-owns. These dozen songs (see track list below) are described as “a conceptual project based on every woman’s journey of self-knowledge and healing.” An HBO special of the same name aired Saturday (April 23) and included teaser clips of some of these cuts.

In the build-up to this weekend’s release, she debuted the single “Formation” on Tidal on February 6, the day before she performed it during the Super Bowl half-time show.  Among those featured on the 12 tunes are James Blake, Kendrick Lamar, the Weeknd and Jack White. A slew of songs are sampled including cuts by Animal Collective (“My Girls” on “6 Inch”) and Led Zeppelin. Among the 17 credited co-producers are Diplo, Just Blaze, Ezra Koenig of Vampire Weekend and Mike Will Made It.

Two of her five previous solo efforts were nominated for the top prize at the Grammy Awards, Album of the Year.  Two years ago, Beyonce contended for her self-titled disc but lost to Beck for “Morning Phase.” Her only previous bid was for “I Am … Sasha Fierce” in 2009. She lost to an even younger overachiever: Taylor Swift, whose victory for “Fearless” at age 20 made her the category’s youngest champ in history.

Swift became the first female solo artist to win this award twice when she prevailed this past February with “1989.”  But Beyonce has her eyes on another Grammy record — the most awarded woman of all time. With 20 wins, she’s just eight shy of country singer Alison Krauss. Will this be her year to finally win Album of the Year and get even closer to catching Krauss?

Sound off in the comments section below or jump into our fierce debate on the disc in our forums, which is filled with music industry insiders who post under screen names.

Oscars showdown between Beyonce and Billie Eilish: Experts divided over who will win Best Original Song

When Beck beat Beyonce: Grammys flashback to that notorious Album of the Year upset

Grammys flashback: When Tay beat Bey for Album of the Year in 2010 - does that win hold up?

Beyonce songs, ranked: Counting down her 31 greatest hits - including 'Countdown'! Plus 'Formation,'…