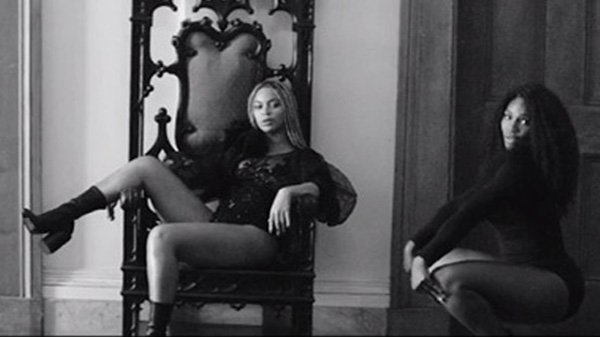 Beyonce just released “Lemonade,” her sixth solo album, which she describes as “a conceptual project based on every woman’s journey of self-knowledge and healing.” The 12 songs chronicle the highs and lows of her marriage to Jay-Z. “Lemonade” delivers an intensely personal glimpse into the lives of these two music superstars. Dogged by rumors for years about the state of her marriage, Beyonce declares with this album that is going to own her story.

The fourth track, “Sorry,” includes lyrics that could refer to alleged infidelities on the part of Jay-Z. As she sings, “He only want me when I’m not on there. He better call Becky with the good hair.” “Becky” is urban slang for “white girl” while “good hair” can mean “straight hair.”

As for who Beyonce might have meant with this turn of phrase, one possibility is fashion designer Rachel Roy who used to be married to Damon Dash, the one-time manager and business partner of Jay-Z.  On Sunday, Roy posted this message on Instagram (since deleted):  “Good hair don’t care, but we will take good lighting, for selfies, or self truths always.”  And over on Twitter, she wrote: “I respect love, marriages, families and strength. What shouldn’t be tolerated by anyone, no matter what, is bullying, of any kind.”

This ongoing controversy is sure to put the song in the minds of  various record industry awards voters in the months to come. Beyonce co-wrote “Sorry” with Wynter Gordon and Sean “Melo-X” Rhoden. They produced the track along with Hit-Boy (“Flawless).

What do you make of the matter? Sound off in the comments section below or jump into our fierce debate on the disc in our forums, which is filled with music industry insiders who post under screen names.