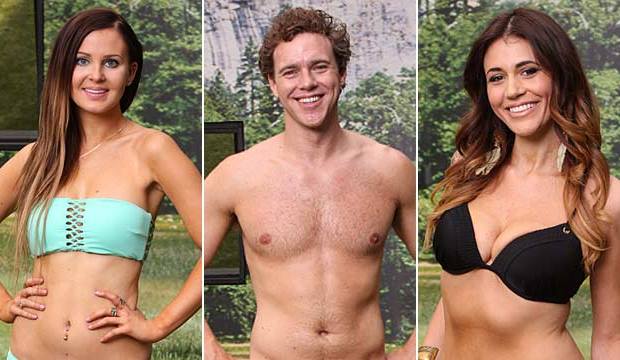 We’re just a week into the new season of “Big Brother” and though we’re trained to expect the unexpected every summer, it’s always necessary to discuss who is setting themselves up to win and who is likeliest to lose even this early. Here are the three most likely to win Season 18 given their current status and strategy in the house. Do you agree or disagree? Let me know in the comments below!

Michelle Meyer — Honestly I still think Michelle is secretly “BB16” Christine Brecht in disguise, but even if that isn’t true she’s starting off with one of the best games so far. Michelle’s strength is her “Big Brother” fandom — the recognition that playing on the side of the vets rather than joining forces with the newbies is a better move is why her deep knowledge of past seasons will be a huge asset. She also sees the value in smaller alliances within larger ones, a strategy every winner employs and every loser forgets. Michelle’s got to keep a low profile for a few weeks and my guess is that she won’t be too great at challenges which will give her the perfect floater brand to get her far enough in to make the right moves to win.

[POLL] ‘Big Brother’ Season 18: Who do you want to win ‘Craziest Summer Vacation’?

Frank Eudy — If any of the vets are going to win, my bet is on Frank. Not only is he the only one of the four to have played a newbie vs. vet season already, but he’s also the least aggressive player. Da’Vonne Rogers, James Huling and Nicole Franzel have all come out of the gates swinging hard, putting them squarely on the radars of the newbies. But it isn’t by default that Frank is the frontrunner among them — he was a competition beast in his original season and now he’s picking up where he left off, winning the new Roadkill competition. He’ll be a challenge threat all season and that paired with a low-key social game has him sitting pretty for a deep run.

Tiffany Rousso — If I’d made this list after the premiere episode, Tiffany would not be among the frontrunners. She made some pretty sloppy decisions about how and when to reveal that she’s Vanessa’s sister, something that was easily discerned from some houseguests just by looking at or listening to her. But since then she’s proven herself to make some strategic decisions much more discreetly — like a close alliance with Michelle or listening in on the alliance-making between “Spy Girls” Natalie Negrotti, Bronte D’Acquisto and Bridgette Dunning. If she can continue to hold her cards close and play them at the right time, Tiffany might prove to be an even more ruthless threat than her third-place finishing sister ever was.