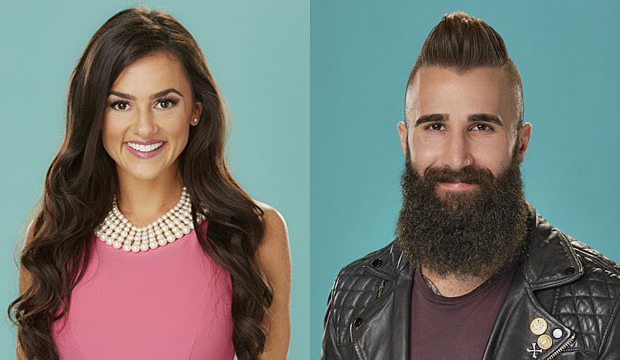 With only eight houseguests remaining in contention for the “Big Brother” crown, which ones are the most likely to win Season 18? Having avoided countless roadkills, battles back, potential round trip tickets and a double eviction, the following four players sit atop our power rankings. Who do YOU think is in the best position to win the game? Let us know in the comments section below.

Natalie Negrotti — Natalie’s ascension as a power player has been a slow but steady one. My first clue that she had a keen awareness about how other houseguests were playing the game was during Bridgette’s Head of Household when she warned her that Frank was lying and couldn’t be trusted. After this week’s confrontation with Paulie, Natalie not only again displayed this awareness, but also showed a formidable strength of character when she approached Zakiyah on a personal level about Paulie’s deception. If Natalie can continue to balance both strategic moves and personal connections she could very easily make a run for the win.

Paul Abrahamian — Paul’s instant connection to and alliance with Jozea, the season’s first official eviction, could have easily spelled doom for his game. Yet somehow Paul has managed to swerve into a power position both on a strategic and personal level with almost all of the houseguests. Paul has become the season’s ultimate floater, bouncing between power alliances at the right time. But because floaters don’t typically wield as much influence as Paul does, it isn’t likely that it will be held against him if he makes it in front of the jury.

Victor Arroyo — Victor’s game has been one of the most inconsistent. Evicted in the second week only to return a few weeks later with a huge target on his back, it seemed like he had the toughest road ahead. Upon his return he folded into the alliance of guys and was being used as a pawn by the power duo of Paul and Paulie, but his Head of Household reign this week has been a huge move and vaulted him to a key position in the house alongside Paul. The trick Victor will have to turn in order to win is getting rid of Paul because if he’s sitting next to his closest ally it’s likely that the jury will see that Paul was the decision-maker and Victor was just the muscle to put his plans in action.

James Huling — It’s tough to say that James could win the game because he’s been floating in all of the wrong ways. Up until this last week when he went against Paulie/Corey/Nicole with the rest of the house, James had yet to show willingness to make a big move. The week before he was unwilling to save Da’Vonne even though he admitted she would never come after him. But James’ biggest asset is that he has Natalie working on his side and as we saw this week she is able to convince him to make the correct moves to better their game together. The chance James has at a win depends wholly on Natalie. If she can get him to the final two next to her I think there’s a chance the men of the jury will (wrongly) respect him more than her and give him the win.