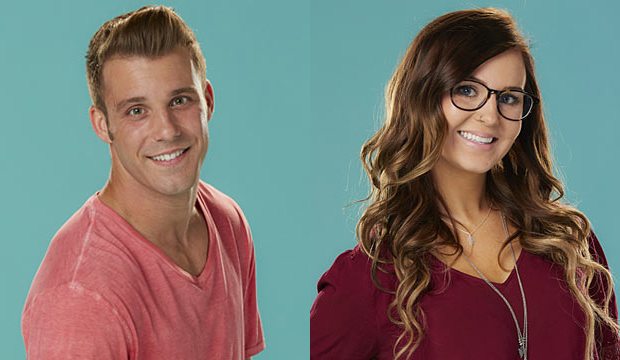 With only eight houseguests remaining in contention for the “Big Brother” crown, which ones are the least likely to win Season 18? The following four players have fallen from grace both in terms of power to influence the game and favor among their housemates, so they rank at the bottom of our power rankings. Who do YOU think is in the worst position to win the game? Let us know in the comments section below.

Paulie Calafiore — If you’d asked anyone a week ago who they thought was going to win the season I imagine everyone would have answered with Paulie’s name. For weeks it seemed like he was running the show and that no one had the power or will to go against him. But then he made one of the biggest mistakes he could have — he put his most loyal ally and showmance partner Zakiyah in danger, allowing the house the opportunity to make a move against him. Though he could not have imagined the blowout with Natalie that made him lose the respect of the house, if Paulie was in fact that smart player we all thought he was he never would have put Zakiyah in danger. Since then he’s acted like a spoiled brat, an aggressive bully and a sore loser — none of which is likely to earn him the respect he’ll need if he expects to win.

Michelle Meyer — I think Michelle is playing a better game than perhaps the show’s producers and editors are willing to give her credit for. Instead of showing the influence she wielded in the move against Paulie this week, her role in the show has been the emotional wreck — she cries at the turn of a screw and lashes out at her enemies on live TV. But aside from that she’s also been on the wrong side of a couple votes, blindsided by Da’Vonne’s eviction and out of the loop when the house evicted Bridgette instead of her in last week’s double eviction. If Michelle were to make it to the end, she won’t have the respect of the jury and will be seen as having floated her way to the end. Unless she can turn that impression around she is looking for second place at best.

Corey Brooks — I honestly have no idea what Corey’s strategy is aside from latching on to Nicole and doing whatever Paulie tells him to do. Before winning both the Head of Household and Power of Veto competitions during the double eviction, Corey’s physical prowess was non-existent and he was essentially a non-factor in the game. But even winning those two challenges failed to raise his awareness of the game. When tasked with nominating two people live on television, Corey turned to his alliance of guys for advice on who they wanted to put up instead of deciding on his own. Not only can I not imagine Corey making a convincing argument to the jury about why he should win, but part of me thinks he might actually argue for his competition to win over him! Corey needs to get his head in the game and make some moves of his own if he intends to have a shot.

Nicole Franzel — Hands down one of the fan favorites from her first season, Nicole came into the game with a lot of momentum behind her. But wrapped in another showmance this season, Nicole’s game is once again being blinded by love. Nicole’s allegiance to Corey who in turn has an allegiance to Paulie has caused her to turn on one-time allies Da’Vonne and James who I truly think would have protected Nicole through to the end. Even if the alliance with Paulie had worked more in her favor, Nicole was bound to be cut from the game once she was the only girl left and that would have yielded her no better than a sixth place finish. Is she actually comfortable playing for sixth? Honestly, it feels like it.