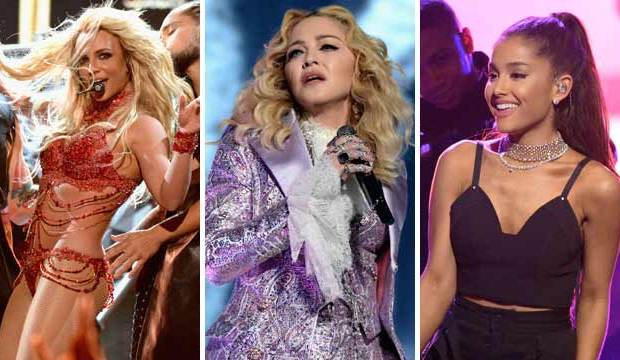 The Billboard Music Awards were held on Sunday, May 22, and broadcast live on ABC. The awards honored the best-selling music on the Billboard charts, and unsurprisingly Adele was the big winner, taking Top Artist, Top Billboard 200 Album (“25”) and Top Selling Song (“Hello”), among other kudos. (Click here for the complete list of winners.)

The Weeknd also multiple prizes, and the show was also jam-packed with performances, including Ariana Grande; Britney Spears performing a medley of her hits; Celine Dion paying tribute to her late husband, Rene Angelil; and Madonna and Steve Wonder honoring the legendary Prince, who died on April 21 at age 57.

What did you think of the show? Read some of our forum posters’ reactions below, and make sure to join the discussion in our message boards and below in our comments.

cnmem10: Wow mostly good performances but they only gave out like five awards with Queen Adele and Prince Weeknd winning 2 each.

vinny: Watched almost all of this last night (GOT break in between lol) and the five standout performances in my opinion are: 1) Madonna and Stevie Wonder, 2) Nick Jonas, 3) Britney Spears, 4) Ariana Grande, 5) Celine Dion