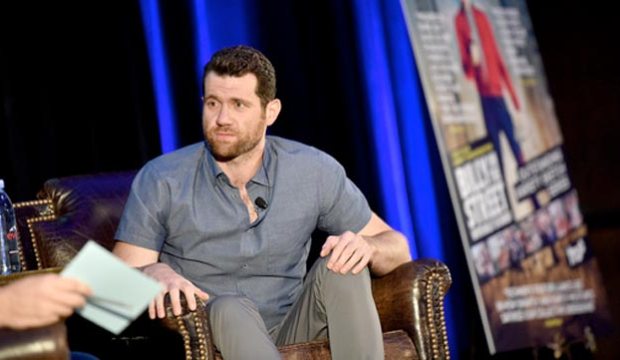 Billy Eichner has multiple chances for Emmy Awards this year. His TruTV game show “Billy on the Street” is in the running for Best Variety Sketch Series, and he’s also a contender for Best Comedy Actor for Hulu’s “Difficult People.” (Watch our fun webchat with Eichner about both of these projects right here.) Last weekend, TruTV hosted a fun FYC brunch with Eichner at the Roosevelt Hotel in Hollywood, where the fan-favorite Tina Fey-guested episode of “Billy on the Street” was screened for TV academy members. See photos from the event above.

In addition to the episode screening, special clips from the Emmy-eligible season were shown, including Eichner’s viral moments with Julianne Moore and his Thanksgiving Day parade sketch with Katie Couric. Eichner also discussed many of his favorite guest stars, like Will Ferrell and First Lady Michelle Obama, and said he’s hoping to one day have Meryl Streep pop up on “Billy on the Street.” He even hinted to the crowd that plans with Streep may already be in motion.

Following the screening and panel discussion (moderated by The Hollywood Reporter’s Matthew Belloni), attendees were treated to a special brunch with macaroni and cheese, salted pretzels, pizza, hot dogs, mimosas and bloody marys. “Billy on the Street,” meanwhile, will return for its fifth season later this year. It aired its fourth season – its first on the TruTV network – last fall.

Emmy spotlight: Why voters should 'take note' of 'Billy on the Street' as Best Variety Sketch…

Emmy spotlight: Comedian Billy Eichner is double threat for 'Billy on the Street' and 'Difficult People'…