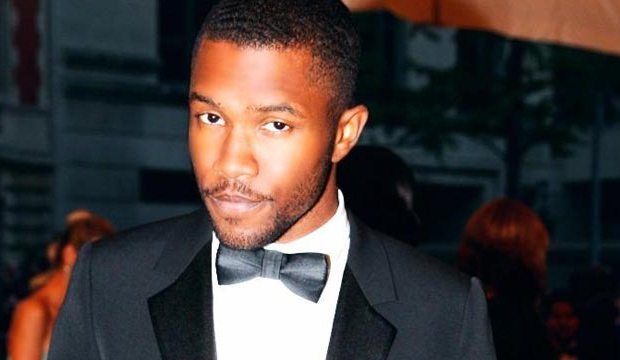 Hip-hop artist Frank Ocean took a page out of Beyonce‘s book by premiering a visual album, “Endless,” followed soon after by a new full-length studio album. “Blonde,” which was released on August 20 and is already receiving rave reviews from critics, scoring 90 on MetaCritic as of this writing. Will he win Grammys for his latest effort?

Ocean was an immediate critical sensation when he released his debut album, “Channel Orange,” back in 2012. It was also a milestone because Ocean was openly bisexual — he wrote an open letter confessing his past love for a man — in a hip-hop community that has been criticized in the past for homophobic lyrics. That breakthrough earned Ocean six Grammy nominations, and he won twice: Best Urban Contemporary Album (“Channel Orange”) and Best Rap/Sung Collaboration (“No Church in the Wild” with Kanye West and Jay-Z).

However, Ocean lost all three of his nominations in the general field: Album of the Year, Record of the Year (“Thinkin’ Bout You”) and Best New Artist. That continued a longstanding trend of Grammy losses for R&B and hip-hop performers. That year Best New Artist was instead awarded to the pop/rock group Fun., while Mumford and Sons took Album of the Year for “Babel” and Gotye was awarded Record of the Year for “Somebody That I Used to Know,” even though Ocean received markedly more acclaim than those adult-contemporary acts.

Ocean is hardly alone in his general-field shortfall. His aforementioned collaborators West and Jay-Z are among the most honored musicians in Grammy history, with 21 awards apiece, but none of those were in the general field. Rapper Kendrick Lamar was infamously shut out of his seven nominations in 2013, losing four of those awards — including Best New Artist — to pop-friendlier rappers Macklemore and Ryan Lewis. Lamar eventually got his Grammy revenge, winning five awards for his follow-up album “To Pimp a Butterfly” this past February, but he still lost Album of the Year to a pop act: Taylor Swift for “1989.”

In 2014 Beyonce’s self-titled album unexpectedly lost Album of the Year to Beck‘s “Morning Phase” despite her critical raves and significant cultural impact; overall Beyonce has won 20 awards and earned more nominations than any other woman in Grammy history, but only one of her victories was in the general field: Song of the Year for “Single Ladies (Put a Ring On It)” (2009).

Now Ocean has the critics on his side — as does Beyonce with her latest album “Lemonade.” Will he win Grammys? Click here to discuss his new album in our forums.