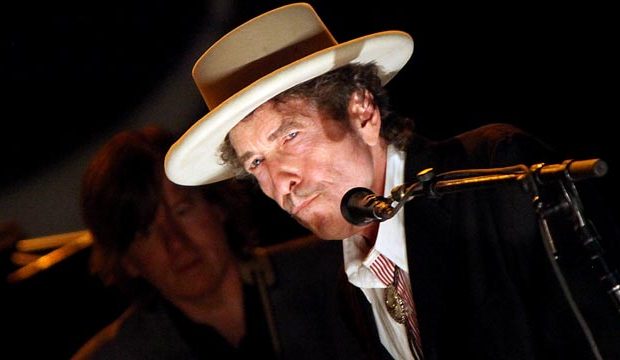 Bob Dylan won the Nobel Prize for Literature on Oct. 13, becoming the first songwriter to claim this honor that has been handed out annually since 2001 save for seven years (1914, 1918, 1935, 1940–1943). Over his storied career, Dylan has received many honors, including induction into both the Songwriters and Rock and Roll halls of fame, the Presidential Medal of Freedom and the Legion d’Honneur. And he has taken home one Oscar and 10 Grammys. The list of other Nobel prize recipients to have claimed one or another of those competitive show business awards includes an Irish playwright and three American presidents.

Dylan won an Oscar in 2000 in the Best Song category for “Things Have Changed” from “Wonder Boys.” George Bernard Shaw won the Nobel prize for literature in 1925 and the Oscar in 1938 for Best Writing, Screenplay for assisting in the adaptation of his play “Pygmalion.”

Dylan is in good company with other Nobel laureates who have also won Grammy Awards. Dr. Martin Luther King, Jr. was the first to achieve both honors when he won a posthumous Grammy for Best Spoken Word Recording in 1970 for “Why I Oppose the War in Vietnam” after winning the Nobel Peace Prize in 1964. Mikhail Gorbachev won the Peace Prize in 1990 and would later go on to win the Grammy for Best Spoken Word Album for Children for “Wolf Tracks and Peter and the Wolf.” He shared that honor with Oscar winner Sophia Loren and former President (and possible future Peace Prize recipient) Bill Clinton.

President Barack Obama won two Grammys for Best Spoken Word Album (“Dreams From My Father” in 2005 and “The Audacity of Hope” in 2007) before being awarded the Peace Prize in 2009. Former president Jimmy Carter won the Peace Prize in 2002 and would go on to win two Grammys as well. Carter won both in the Spoken Word category; his first in 2006 for “Our Endangered Values: America’s Moral Crisis” and his second last year for “A Full Life: Reflections at Ninety.”

Dylan’s first Grammy came in 1972 for Album of the Year as part of George Harrison and Friends for “The Concert for Bangladesh.” In 1979 he won his second Grammy for Best Male Rock Performance for “Gotta Serve Somebody.” A decade later he won his third trophy Best Rock Performance by a Duo/Group for “Traveling Wilburys Vol. 1” as a member of the supergroup along with Harrison, Jeff Lynne, Roy Orbison and Tom Petty. He won again in 1994 for Best Traditional Folk Album for “World Gone Wrong.”

Will Dylan win yet more Grammys this year for his 2016 album, “Fallen Angels,” which is the 37th studio disc of his long and storied career?

Make your early Grammy predictions now; change them up until Dec. 6

Gold Derby readers just like YOU often turn out to be our smartest prognosticators, so it’s important that you give us your Grammy predictions. You can continue to update and change your forecasts as often as you like before nominations day on Dec. 6, just click “Save” when you’ve settled on your choices. You’ll compete to win a $100 Amazon gift certificate, bragging rights and a place of honor on our leaderboard. Our racetrack odds change as you make your predictions, just as they do when you bet on the Emmys, Oscars, Golden Globes and more. Be sure to read our contest rules and sound off on the Grammy race in our music forum.