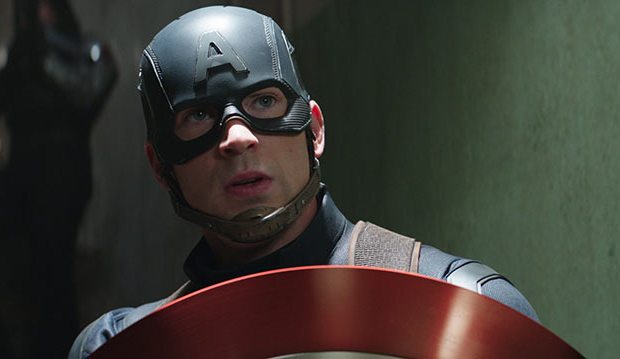 “Captain America: Civil War” has gotten rave reviews from critics, placing it among the most acclaimed films in the rapidly expanding Marvel Cinematic Universe. As of this writing it has received a score of 75 on MetaCritic and 92% freshness on Rotten Tomatoes. This latest extravaganza is directed by Anthony Russo and Joe Russo, who also helmed the similarly acclaimed “Captain America: The Winter Soldier” in 2014. Their TV credits that include “Community,” “Happy Endings” and “Arrested Development” — the last of which won them an Emmy.

Read some of the film’s critics raves below.

Robbie Collin (The Telegraph): “The Russos’ film has an unshakeable faith in these decades-old characters: they’re not wrangled into standing for anything other than who they are, with no gloss or reinterpretation or reach for epic significance required. This is the cinematic superhero showdown you’ve dreamt of since childhood, precisely because that’s everything – and all – it wants to be.”

Chris Nashawaty (Entertainment Weekly): “Despite its stars-and-stripes title, Marvel’s latest billion-dollar-blockbuster-to-be, ‘Captain America: Civil War,’ is essentially a third Avengers movie – it’s also the best one yet … Directed by Anthony and Joe Russo – who turned the last ‘Captain America’ outing, ‘Winter Soldier,’ into a surprisingly heady meditation on ‘Citizenfour’-style government surveillance – the film is another timely parable smack dab in the middle of our current election season.”

Stephanie Zacharek (Time): “‘Captain America’ is most enjoyable for its quieter moments, and for its more intimate special effects, like Scarlet Witch’s ability to make tiny tongues of flame leap from fingertip to fingertip, or even just the way Evans’s Captain America, frozen in the ’40s only to be thawed in a strange, modern world, always looks a little dreamily out of place, as if he’d really prefer to be listening to Sinatra. And there’s a superb new addition, Chadwick Boseman’s Black Panther, an African prince turned enigmatic crimefighter. As both man and cat, he’s patrician and polished, a touch of class padding quietly onto the scene. Like him, ‘Civil War,’ at its best, is blessedly light on its superhero-booted feet.”

Justin Chang (Variety): “The shaming of ‘Batman v Superman: Dawn of Justice’ will continue apace — or better still, be forgotten entirely — in the wake of “Captain America: Civil War,” a decisively superior hero-vs.-hero extravaganza that also ranks as the most mature and substantive picture to have yet emerged from the Marvel Cinematic Universe. Very much an ‘Avengers’ movie in scope and ambition if not title (the conspicuous absence of Thor and Hulk notwithstanding), this chronicle of an epic clash between two equally noble factions, led by Captain America and Iron Man, proves as remarkable for its dramatic coherence and thematic unity as for its dizzyingly inventive action sequences.”

Peter Bradshaw (Guardian): “Should the Avengers be nationalised? This is the explosively controversial idea that ignites a ‘civil war’ among their ranks in this exciting superhero extravaganza. It’s crazily surreal, engaging and funny in the best Marvel tradition, building to a whiplash-twist reveal that sports with the ever-present idea of duplicity and betrayal within the Avengers’ ranks themselves … It’s a huge aspartame rush of a film: a giant irresistible snack, not nutritious, but very tasty.”