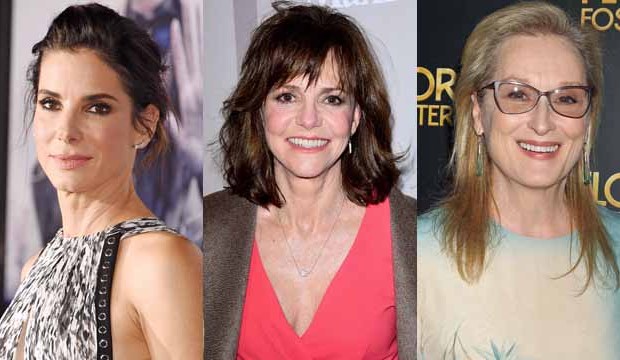 Which actress should the Hollywood Foreign Pres Assn. select for the 2017 Cecil B. DeMille life achievement award? The past three choices — Woody Allen (2014), George Clooney (2015), Denzel Washington (2016) — were men, so we are wondering if a woman will be the top pick this time. Prior to Jodie Foster being feted in 2013, the last woman to be honored was Barbra Streisand in 2000. And prior to that only 11 actresses had been feted since the first award was given out to its namesake in 1952.

The next recipient will be presented with the tribute at the 2017 Golden Globe Awards ceremony on January 8. Let’s help the HFPA narrow down their choices. In our poll below, we have come up with a list of 15 women all over age 50 who have won or been nominated for Globes. Click here for our separate poll from earlier this week about male possibilities that has already received over 10,000 votes.