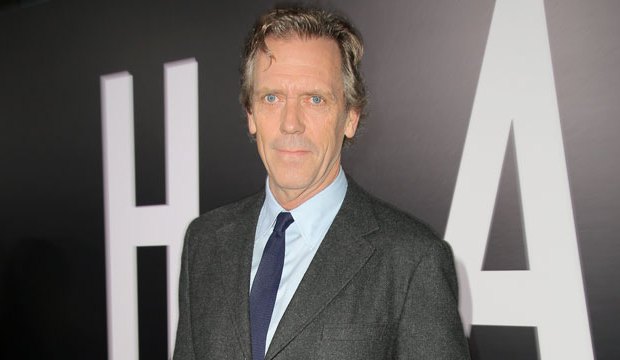 After eight seasons as the brilliant but misanthropic title character on “House,” Hugh Laurie returns to television as a very different kind of doctor in Hulu’s new streaming series, “Chance.” The drama-thriller, co-created by Kem Nunn (based on his novel of the same name) and Alexandra Cunningham (“Desperate Housewives”), premiered October 19 having already been greenlit for two 10-episode seasons, and it could potentially make Laurie a contender at this year’s Golden Globe, Critics’ Choice and Screen Actors Guild Awards.

Laurie stars as Dr. Eldon Chance, a San Francisco-based forensic neuro-psychiatrist who is drawn to one of his patients (Gretchen Mol), a battered wife suffering from dissociative identity disorder, and who keeps returning to her abusive husband (Paul Adelstein), a seemingly-corrupt homicide detective. Chance’s obsession with the patient temporarily distracts him from his own troubles, namely his own emotional fragility and a financially costly divorce.

Laurie has yet to claim a victory at the Emmys despite earning six nominations for Best Drama Actor and one nomination for Best Drama Series for “House,” and then another pair of bids this past year for producing and acting in AMC’s limited series “The Night Manager.” However, he has found more success at other awards shows: “House” earned him two Golden Globes (2005-2006), two SAG Awards (2006, 2008), and two awards for Individual Achievement in Drama from the Television Critics Association (2005-2006).

Reviews for the show have been generally positive — as of this writing it has scored a 68 on Metacritic and 83% freshness on Rotten Tomatoes — with many critics singling out Laurie for his performance as the title character. Below is a sampling of their thoughts:

Dish ‘Chance’ with Hollywood insiders in our notorious forums

Matthew Gilbert (The Boston Globe): “Laurie gives a beautifully receptive, almost submissive performance, miles from the caustic doctor he played on ‘House,’ but his Chance lives in an audacious world that puts him through his paces. ‘Chance’ is provocative, mysterious, overdone, and, bottom line, entertaining.”

Aaron Riccio (Slant): “‘Chance,’ however, takes its title from its focal character, and not from coincidence; creators Alexandra Cunningham (who lit slow fuses on ‘Desperate Housewives’) and Kem Nunn (who played a similar long game on ‘John from Cincinnati’) have crafted a tersely cerebral drama in which not a single frame feels unintentionally out of place.”

Dave Weigand (San Francisco Chronicle): “Laurie is excellent and quickly establishes Dr. Eldon Chance as a distinctly separate character from Dr. Gregory House. He is also damaged, but in his own somewhat mysterious way.”

Predict the Golden Globe nominations now; change them till December 12

Be sure to make your Golden Globe predictions. How do you think “Chance” will do with Hollywood Foreign Press voters? Weigh in now with your picks so that Hollywood insiders can see how this series is faring in our Golden Globe odds. You can keep changing your predictions right up until just before nominations are announced on December 12 at 5:00 am PT/8:00 am ET. Be sure to read ourcontest rules. And join in the fierce debate over the Globes taking place right now with Hollywood insiders in our forums.