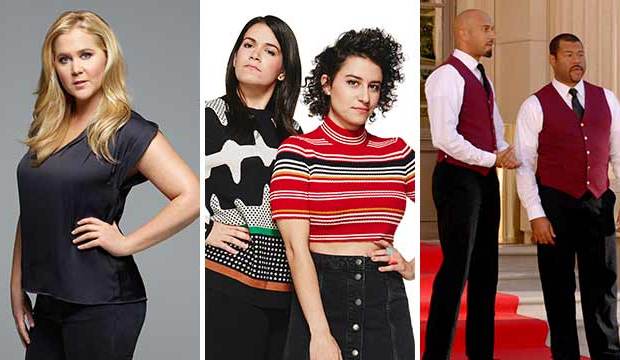 Jon Stewart left “The Daily Show” last August, but his successor Trevor Noah‘s version is being entered for Best Variety Talk Series this year. Meanwhile, “Inside Amy,” “Drunk History” and the last season of “Key & Peele” are eligible to return to the Variety Sketch contest. And shows like “Broad City” and “Review” are aiming for their first notices in Comedy Series races.

Below, the list of Comedy Central submissions for its comedy and variety series offerings. (Please note: Performers not included on this list may well be submitted by their personal reps.)

“THE HALF HOUR”
Variety Sketch Series

“THE MELTDOWN WITH JONAH AND KUMAIL”
Variety Sketch Series

“THIS IS NOT HAPPENING”
Variety Sketch Series