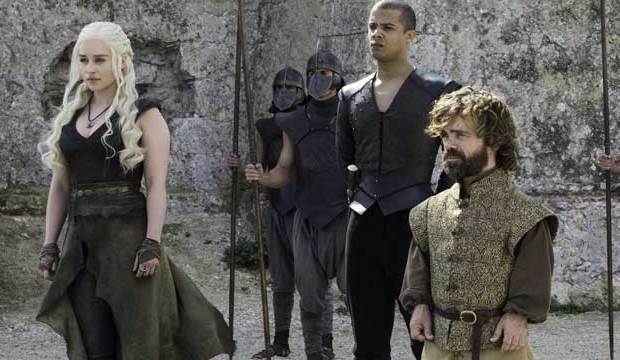 “Game of Thrones” won 26 Emmys over the course of its first five seasons, tying it with “Hill Street Blues” and “The West Wing” as the most awarded drama in Emmy history. But after tonight’s Creative Arts victory for Best Drama Casting “Game of Thrones” officially stood alone as the Emmys’ biggest drama. And at the end of the night it won a whopping eight more awards, bringing its all-time total to 35.

Last year “Thrones” broke a couple of other Emmy records — most Creative Arts wins in a single year (eight) and most total wins for a series in a single year (12) — so it was almost inevitable that HBO’s epic fantasy series would break its tie with “Hill Street” and “West Wing” tonight. It has 23 nominations this year overall, including 14 at the Creative Arts Awards, and it’s the frontrunner to repeat as Best Drama Series during next weekend’s telecast on Sunday, September 18.

But “Thrones” still trails “Hill Street” and “West Wing” in one regard: total Best Drama Series titles. “Hill Street” and “West Wing” won the top prize four times each, tied with “L.A. Law” and “Mad Men.” But even if “Thrones” wins next week as we expect, that will be only its second victory. It would have to win two more times to match the current Best Drama Series record, but the show will air two more shortened seasons before going off the air in 2018, so it could eventually achieve that historic milestone as well.

Now that “Game of Thrones” has become the most Emmy-awarded drama it has its sights set on two more record-holders as well: “Frasier” is currently the most awarded primetime series with 37 wins, and “Saturday Night Live” is the most awarded series overall with 48. “Thrones” will almost certainly overtake “Fraiser” — possibly as soon as next weekend — but “SNL” will be tougher to catch; NBC’s late-night sketch comedy series had a 35-year head start, and it will probably still be around racking up wins after “Thrones” goes off the air. For that matter, “SNL” added to its total at these Creative Arts Awards, winning Best Comedy Guest Actress for Tina Fey and Amy Poehler.