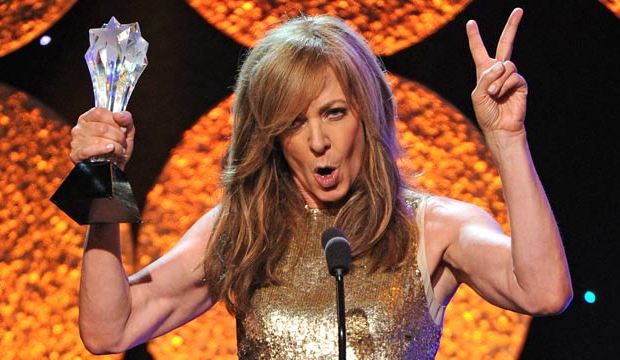 The Critics’ Choice Awards ceremony this Sunday with be their seventh recognizing achievements in television and many records stand to be broken. There have been six different winners for Best Comedy Series. This year “Modern Family” or “Silicon Valley” are both in contention to be the first to win trophy #2. They still have a long way to go though to become the Critics’ Choice most-awarded program, as “Archer” has four trophies for Best Animated Series. In fact, it has never lost that race, as that award has only been given out for the last five years and “Archer” was ineligible for the fifth, as it did not air within the eligibility period. If “Archer” loses, it might find itself sharing its title as most-awarded program with “The Voice,” which has won three awards for Best Reality-Competition Series and is nominated for a fourth.

Allison Janney is the most-awarded performer in Critics’ Choice short history of honoring the best of television. She won Best Drama Guest Performer for “Masters of Sex” in 2014, as well as the first two of three Best Comedy Supporting Actress nominations for “Mom;” she is nominated again for the latter this year. She remains the only performer to have won for multiple programs, but might not be after Sunday. Two-time Best Drama Actor champ Bryan Cranston (“Breaking Bad,” 2012-13) is nominated for Movie/Limited Actor (“All the Way”) and two-time Best Movie/Limited Supporting Actress winner Sarah Paulson (“American Horror Story,” 2013 & 2015) is up for Movie/Limited Actress (“The People v. O.J. Simpson”).

Ellen Burstyn is the performer who has been nominated for the most series: “Political Animals” (Movie/Limited Supporting Actress, 2013), “Flowers in the Attic” (Movie/Limited Supporting Actress, 2014), “Mom” (Comedy Guest Performer, 2015) and “House of Cards” (Drama Guest Performer, 2016). While Burstyn has yet to win, she is not the most-nominated performer without a win. That dubious distinction goes to Walton Goggins, a past nominee for “Justified” (Drama Supporting Actor, 2011 & 2013-15) and “Sons of Anarchy” (Drama Guest Performer, 2014-15). His Critics’ Choice trophy case will remain empty for another year, as he was snubbed this year in Comedy Supporting Actor for “Vice Principals.” He will have another opportunity for that performance next year, as well as in Drama Actor for “Six.”

Watch our editors predict the winners in all 24 television races

Among the records set in the nominations last month was the shortest performance ever cited by the  Critics’ Choice, at two and a half minutes of screen time by Liam Neeson (Comedy Guest Performer, “Inside Amy Schumer”). “Jimmy Kimmel Live” is the only program that has been nominated all seven times in a program category by Critics’ Choice; it has yet to win Best Talk Show. Michael J. Fox (Drama Guest Performer) is the 10th performer nominated from “The Good Wife,” which is the most nominated program in Critics’ Choice history. It is the only other program that has been nominated at all seven editions of Critics’ Choice, albeit not always in the program category. This is its final year, so it finishes with 24 nominations, including two wins thus far.

Film and television nominations for the 72nd Golden Globe Awards will be announced on December 12 at 5 am PT/8 am ET, so be sure make your predictions before it is too late. Do you think that Oscar voters will be swayed by the results of 22nd Critics’ Choice Awards?  Log your Oscar predictions too and change them as often as you please until nominations are announced on January 24, 2017.