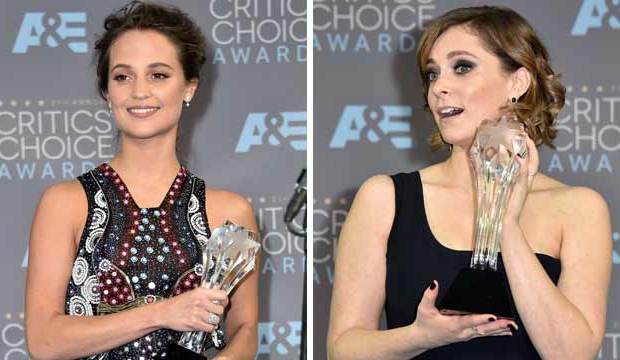 The Critics’ Choice Awards will be handed out on December 11, make these kudos one of the earliest stops in the winter awards season. Traditionally, this awardsfest has taken place in January, on or after the announcement of the Oscar nominees.

Says Joey Berlin, President of the Broadcast Film Critics Association (BFCA) and the Broadcast Television Journalists Association (BTJA), “The BFCA and BTJA are very excited about moving the Critics’ Choice Awards from the traditional mid-January date to December 11. This is the logical time for the Critics’ Choice Awards to be presented in the vanguard of the awards season.  The role of critics is to assess new films and television shows and advise the public when they are initially released.  So this new date is actually the most appropriate time for our annual year-end assessment of the finest achievements in both media.”

The last Critics’ Choice prizes were handed out on January 17, 2016, but even then there was controversy over whether these kudos jumped the gun. They announced their 2015 nominations on December 14, before they had a chance to screen “Star Wars: The Force Awakens.” When that sci-fi blockbuster was then released to near universal acclaim it prompted the BFCA to make the unprecedented decision to add it as an 11th nominee for Best Picture after the fact. With these awards being now being presented in December, that could put an even tighter squeeze on voting members to see potential contenders. As yet there is no word on when nominations will be announced.

This comes one year after a dramatic shift in the calendar for the Critics’ Choice TV Awards. The TV prizes were previously handed out in June to match the Emmy calendar, but last year they were merged with the film awards to present both at the ceremony, much the way the Golden Globes do. The early date could significantly affect these awards as well, potentially disadvantaging late-fall TV premieres.

The awards will once again by hosted by T.J. Miller, himself a Critics’ Choice winner for his supporting role in the HBO comedy series “Silicon Valley.”

What do you think of the change in the Critics’ Choice calendar?