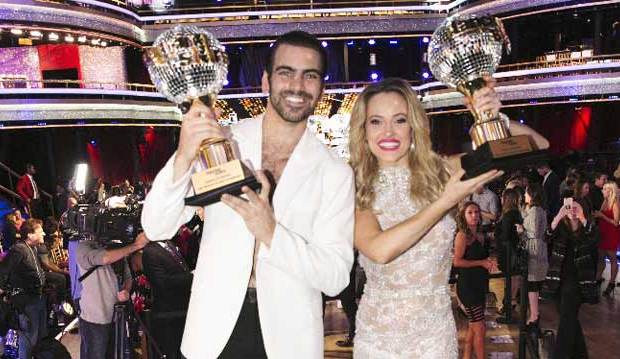 According to our recent poll, more than 76% of our readers were rooting for Nyle DiMarco to win the Mirror Ball Trophy on “Dancing with the Stars.” But now that he has officially been crowned the season-22 champion, do you think the result was just? Vote in our poll below.

DiMarco is the first deaf contestant to win “Dancing with the Stars” — suffice it to say that’s an impressive feat for a competition based on rhythm and musicality. He also happened to be the first deaf contestant to compete in and win “America’s Next Top Model” last fall. But did he really deserve to win this title? After all, he wasn’t the top scoring dancer this season — that would be mixed martial artist Paige VanZant, who had the highest total scores for the season and the highest score in the finals as well.

[PHOTOS] ‘Dancing with the Stars’: All 22 winners, including Nyle DiMarco

But VanZant was one of the few contestants this season with prior dance experience; she trained extensively as a child before becoming a UFC fighter, so maybe she was at an unfair advantage competing against dance-floor newbies DiMarco and fellow finalist Ginger Zee.

But it’s possible Wanya Morris would have outscored DiMarco too if he had made the finals. The Boyz II Men singer was eliminated in fourth place along with football player Antonio Brown during the semifinals, but that night Morris became the only contestant of the season to score two perfect dances in one night, and he was the highest scoring dancer at the time of his ouster.

So did DiMarco really deserve the title? Vote in our poll below, and discuss all things reality TV in our forums.