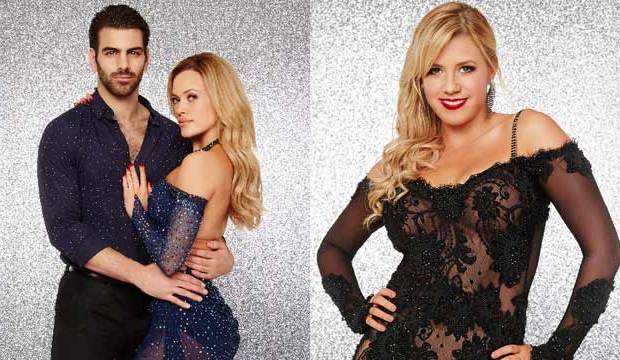 We’re several weeks into season 22 of “Dancing with the Stars,” and there have already been multiple standout performances from the celebs in what has been a competitive, evenly matched contest. On “Switch Up” night, Nyle DiMarco got the first perfect 10 of the season (he unofficially got three 10s, but only one of them was counted – more on that here).

But DiMarco’s waltz with switch-up partner Sharna Burgess wasn’t the only standout performance of the season. Far from it. In fact, it’s not even DiMarco’s only standout routine. Below, watch this season’s six most impressive dances.

It wasn’t his highest scoring routine, but it was arguably his most significant. Before he took to the dance for for the first time with pro Peta Murgatroyd, we had no idea how a completely deaf contestant would be able to perform. But it turned out rhythm isn’t just about hearing the music.

The Boyz II Men singer tied for the top score in the first week of the competition, but his week two salsa with partner Lindsay Arnold solidified his position as one of this season’s dancers to beat. Could he even be a threat to presumed frontrunner DiMarco?

The UFC fighter was dealt a major blow when it came time to perform her own salsa dance in week two. Pro partner Mark Ballas was injured during dress rehearsals, which forced VanZant to dance with an unfamiliar partner, troupe member Alan Bersten. But her talent and grit put her at the top of the judges’ leaderboard along with Morris.

Ginger Zee’s ‘Beauty’ of a foxtrot

On “Disney Night,” “Good Morning America” meteorologist Ginger Zee became a true dark horse with her “Beauty and the Beast”-themed foxtrot on Disney night with partner Val Chmerkovskiy. After several weeks of solid performances from Zee, we realized it at that moment that it was time to take her seriously for the Mirror Ball Trophy.

Actress Sweetin made serious mistakes on “Disney Night” that hurt her scores, but she made up for that on “Switch Up” night by pairing up with Chmerkovskiy for a paso doble that earned her her highest scores yet. She injured her ankle while training during the subsequent week, so can she match this high standard yet again?

This aforementioned routine earned him the distinction of getting the first perfect 10 from the judges. But whether he should have gotten three 10s or just the one, it reminded us why he so quickly became the contestant to beat for the Mirror Ball.

Do you agree that those are the best dances from the early weeks of the season? Comment below and also in our message boards.