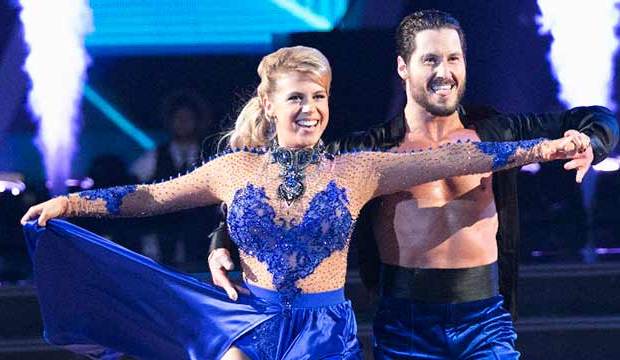 Our “Dancing with the Stars” predictions center is temporarily down as Gold Derby continues its relaunch, but the reality competition continues to bring the drama on-screen and off. Actress Jodie Sweetin was hospitalized last week after she sustained an ankle injury during training with pro partner Keo Motsepe. Will she be able to go on? (Vote in our poll below.)

Injuries are nothing new on “DWTS.” Earlier this season pro dancer Mark Ballas had to sit out for a week due to a back injury, while his partner Paige VanZant took the stage with substitute Alan Bersten. And in season 20 Derek Hough missed several weeks of competition while his star Nastia Liukin performed with temporary replacement Sasha Farber.

But it’s a different story when it’s the star who gets hurt or falls ill. Since the show is all about judging the celebs, they don’t have the luxury to sit out a week like the pros do. Just last season both Kim Zolciak-Biermann and Tamar Braxton had to withdraw from the competition for health reasons.

No one was eliminated last week when the contestants danced with new partners for “Switch Up” night. Sweetin was paired with Val Chmerkovskiy and got her best scores yet, but the week before she landed near the bottom as the result of several missteps. The combination of both weeks’ performances puts her in fifth place with 61 points out of 80 – that’s right in the middle of the pack, so even if she is well enough to dance, there is still the possibility she will be eliminated by America’s vote.

What do you think? Will Sweetin be able to perform? Will she be eliminated anyway? Vote below: