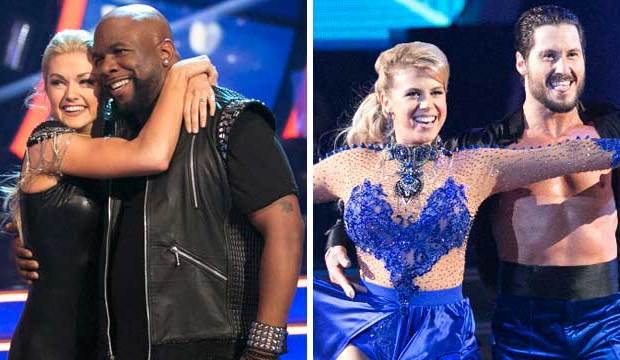 It would be hard to say anyone was necessarily robbed of a spot in the finals this season on “Dancing with the Stars.” All the eliminated contestants except one had last-place scores when they were sent packing: Geraldo Rivera, Mischa Barton, Doug Flutie, Kim Fields, Von Miller and Jodie Sweetin were all axed after landing at the bottom of the judges’ leaderboard. And last night Wanya Morris and Antonio Brown were also axed from the bottom of the leaderboard. The only exception this season was Marla Maples, who had the second lowest score when she was eliminated.

‘Dancing with the Stars’ semi-finals: Do you agree with the final three?

In many seasons of “DWTS” there is at least one shocking elimination: a contestant with relatively high scores who ended up going home as the result of limited votes from viewers at home, like actress Willow Shields in season 20 and figure skater Charlie White in season 18 — though you could argue Wanya Morris’s fourth place finish this year is similarly shocking, since he left the show as the season’s highest scoring dancer to date (tied with UFC fighter Paige VanZant).

So if you had a choice, which ousted celeb would you most like to bring back? Do you think Morris deserved to be in the finals? Should Sweetin really have been sent home at the top of her game? Could Rivera perhaps have found a cure for his two left feet? Vote in our poll below and join the reality TV discussion in our forums.