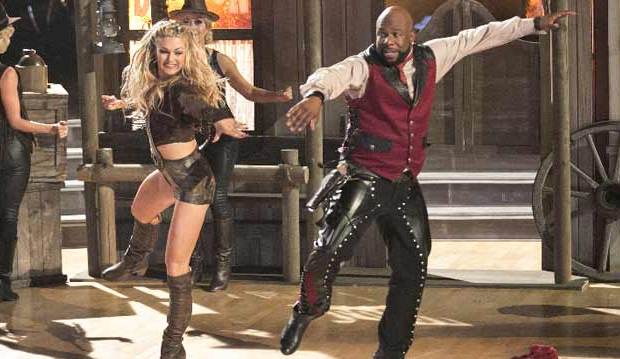 Bad news for Wanya Morris, who has been one of the most consistent performers on “Dancing with the Stars” this season. He uncharacteristically finished at the bottom of the judges’ leaderboard last week, and almost every dancer who has gone home this season was eliminated from the last-place slot. Can he defy this season’s prevailing trend?

You’d think it would be common for last-place dancers to be eliminated from “DWTS,” but this season’s results have been atypical. Often a contestant with low scores from the judges benefits from the frantic voting of fans at home motivated to save their favorite from the chopping block. As a result, in past seasons many celebs were ousted from the middle of the pack instead of the bottom; if you perform a solid routine but not a great one, fans might get complacent – that’s how upsets happen.

‘Dancing with the Stars’: Jodie Sweetin has her best and worst night ever

However, Geraldo Rivera, Mischa Barton, Doug Flutie, Kim Fields, Von Miller and Jodie Sweetin were all axed after getting last-place scores. The only exception this season was Marla Maples, who had the second lowest score when she was eliminated.

The Maples elimination should give Morris some hope to continue to the final four. There’s a chance last week’s second lowest scorer, football player Antonio Brown, could leave the show instead. It all depends on which dancer had more passionate fans.

But perhaps we shouldn’t overestimate the safety of the other three remaining contestants. Meteorologist Ginger Zee got the top score last week, so it’s highly unlikely she did poorly enough with fan voters to cause her ouster, but second-place Nyle DiMarco and third place Paige VanZant could be vulnerable if their fans thought they were shoo-ins to advance.

Who do you think will be eliminated? Vote in our poll below, and keep voting until the moment one unlucky star is sent home.