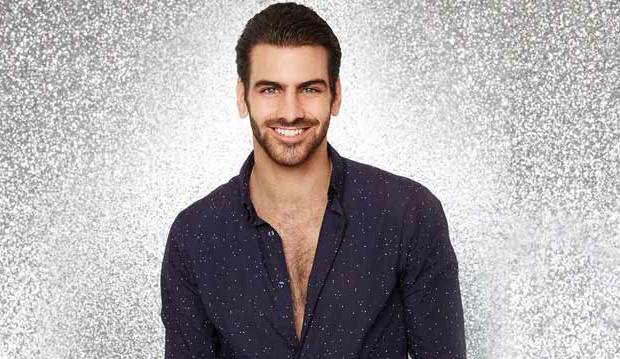 What did you think of Monday night’s “Dancing with the Stars” performance by model Nyle DiMarco? Despite being deaf and being paired with a new partner on “Switch Up” night – Sharna Burgess instead of his regular pro Peta Murgatroyd – he delivered the highest scoring routine of the night, including the first perfect 10 of the season.

DiMarco and Burgess performed a waltz to “I Get to Love You” by Ruelle (watch it below). But what was especially surprising was not just the quality of the routine but how it was scored. It received nines from Carrie Ann Inaba, Bruno Tonioli and guest judge Maksim Chmerkovskiy. So the 10 came from Len Goodman, the notorious stickler who has consistently given lower scores than his fellow panelists this season.

But that wasn’t the whole story. Chmerkovskiy and Tonioli actually held up their 10 paddles when scoring the dance as well, but reportedly that didn’t match the numbers they entered into their official score cards beforehand. As a result, nines were recorded as their official scores. Nevertheless, DiMarco was the highest scorer of the night with 37 out of 40, two points ahead of second Jodie Sweetin with 35. Third-place Ginger Zee was even farther back with 32.

There was no elimination on “Switch-Up” night, so the scores from the last two episodes will be combined to determine next week’s ouster. But in the meantime, do you think DiMarco was robbed of the scores he deserved, or should the judges have played by the rules and provided consistent scores?

Take a look at his performance and then vote in our poll.