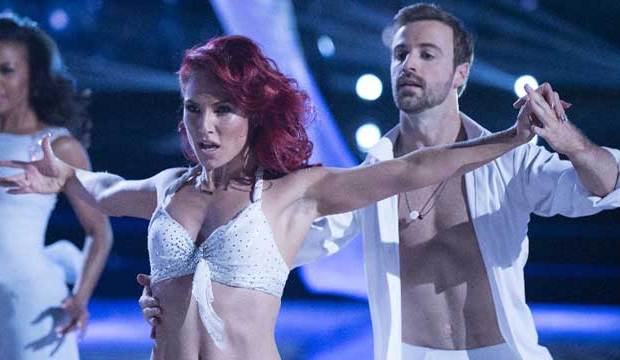 Last week we asked our readers to tell us which finalist deserves to win the Mirror Ball Trophy on “Dancing with the Stars” for season 23, and the results are somewhat surprising. Olympic gymnast Laurie Hernandez is the heavy favorite to win according to our racetrack odds — and has been since before the season even started. However, our readers are rooting for race car driver James Hinchcliffe, but just barely.

Charismatic breakout star Hinchcliffe leads our poll with 47% of the vote, narrowly defeating Hernandez with 44% — though maybe Hernandez would have had better luck in the electoral college. In last night’s “DWTS” finals Hernandez finished on top of the leaderboard with a one point advantage over Hinchcliffe, but if our poll is reflective of the general public Hinchcliffe might be able to pull off a stunning upset anyway.

The other two finalists trailed. Country singer Jana Kramer, who was eliminated last night in fourth place, actually finished third in our poll with 7% of the vote, while retired football player Calvin Johnson had just 2%support.

Check out our results below, then make your predictions for who will win “Dancing with the Stars” this season. Gold Derby readers just like YOU often turn out to be our smartest prognosticators, so it’s important that you give us your predictions. You can continue to update and change your forecasts throughout the week, just click “Save” when you’ve settled on your choices. You’ll compete to win a $100 Amazon gift certificate, bragging rights and a place of honor on our leaderboard. Our racetrack odds change as you make your predictions, just as they do when you bet on the Emmys, Oscars, Golden Globes and more. Be sure to read our contest rules and sound off on the season of “Dancing with the Stars” in our reality TV forum.