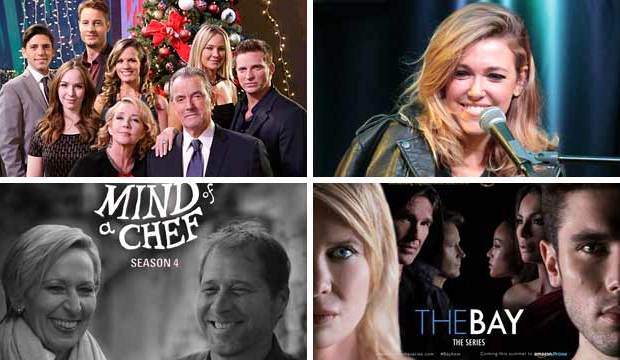 No one show dominated the Creative Arts Awards at the 2016 Daytime Emmys like last year, when “The Bold and the Beautiful” swept with eight prizes. The TV academy spread the wealth to all four soap operas, but “The Young and the Restless” came out on top with an impressive five victories: Best Stunt Coordination, Best Art Direction, Best Lighting Direction, Best Hairstyling and Best Makeup. Click here for the complete list of winners.

Not far behind was “General Hospital,” which rallied at the end of the night for a grand total of four victories: Best Casting, Best Technical Team, Best Editing and Best Costume Design. There was less love for “B&B” this time around: it only won Best Sound Mixing and Best Song (“Lost in Time”). “Days of Our Lives,” which had the fewest Creative Arts noms of any soap, had to settle for one victory: Best Music Direction and Composition.

But of course the Creative Arts Emmys were about more than just the soaps. One of the most anticipated prizes was a new category for Best Musical Performance in a Talk or Morning Show. We had expected Adele to win for her “Today” appearance, since she has already conquered the Oscars and Grammys, but instead the TV academy opted for Rachel Platten‘s performance of “Fight Song” on “Good Morning America.” Platten also beat another music superstar, Bruno Mars (“The Ellen DeGeneres Show”), as well as legends Annie Lennox (“The Talk”) and Jeff Lynne’s ELO (“CBS This Morning”).

Another big winner was the culinary series “The Mind of a Chef,” which swept all of its categories for a total of five wins, tying “Y&R” as the most awarded program of the night: Best Culinary Host (Gabrielle Hamilton and David Kinch), Best Directing, Best Main Title and Graphic Design, Best Cinematography and a previously announced victory for Best Individual Achievement in Animation. Ironically, “Mind” wasn’t even nominated for Best Culinary Show, which went instead to “Patricia Heaton Parties.” As an executive producer of the series as well as its host, Patricia Heaton thus adds a Daytime Emmy to the two Primetime Emmys she won as Best Comedy Actress for “Everybody Loves Raymond” (2000-2001).

The children’s series “Odd Squad” won four awards out of its nine bids: Best Writing, Best Directing, Best Costume Design and Best Hairstyling. But this was another ironic result because  even after all those victories it still lost Best Children’s Series to “Sea Rescue,” which had just one other nomination.

This year the Daytime Emmys expanded the field for digital dramas, including awards for Best Digital Drama as well as Best Actor and Best Actress. All were awarded to the same show: “The Bay,” whose winning actors — Kristos Andrews and Mary Beth Evans — are also producers of the show and therefore prevailed twice. Evans competes one more time on Sunday night: she’s nominated for Best Drama Actress for her role on “Days.”