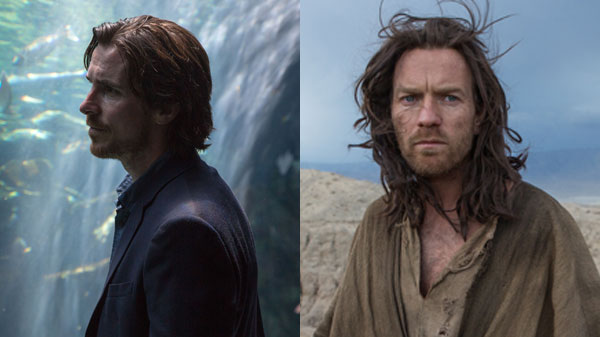 With the domestic release of “Knight of Cups” last month and the limited release of “Last Days in the Desert” on Friday (May 13), Emmanuel Lubezki is officially in the hunt for a fourth consecutive Oscar for Best Cinematography. He won in 2013 for “Gravity,” in 2014 for “Birdman” and last year for “The Revenant.”

While Oscar winners are voted on by all branches of the academy, nominations are decided by the individual branches. So, even if “Knight of Cups” or “Last Days in the Desert” fail to strike a chord with the academy at large, the cinematographers could carry Lubezki to a nomination. Prior to starting his Oscar-winning streak in 2013, he had racked up five nominations:

Lubezki has fared even better at the American Society of Cinematographers Awards, having won his last five races there for the three Oscar champs plus “Children of Men” and “Tree of Life.” These precursor awards reveal a level of support among lensers. Consider the case of 13-time Oscar nominee Roger Deakins. While he has yet to win an Academy Award, he is so beloved by his fellow cinematographers — four ASC Awards and counting– that he reaps Oscar bids for films like “Prisoners” (2013) that score no others.

Given its middling reviews, poor box office and early release date, “Knight of Cups” is an atypical Oscar contender, but Lubezki’s stature might compensate. The last year that he was overlooked by the academy  was back in 2008 (“Burn After Reading”). On “Knight of Cups,” he teamed with director Terrence Malick for the fourth time. Their first two collaborations — “The New World” (also starring Christian Bale) and “The Tree of Life” — earned him Oscar nominations. And while their third — “To the Wonder” — was snubbed, his work on “Gravity” swept that awards season.

A nomination for “Knight of Cups” would be one of merit too, as even the film’s detractors celebrate its cinematography. Kenneth Turan (Los Angeles Times) noted, “The only thing that keeps ‘Knight of Cups’ from terminal artistic overreach is the knockout cinematography.” A two-star review by Richard Roeper (Chicago Sun-Times) similarly praised Lubezki: “There’s never a moment when ‘Knight of Cups’ isn’t something to behold, visually.”  Both Tim Robey (The Telegraph) and Ty Burr (The Boston Globe) named Lubezki the true “star” of the film and The Village Voice’s Bilge Ebiri went so far as to say that “Lubezki’s work on ‘Knight of Cups’ is better than his work on ‘The Revenant’.”

Reviews have been similarly glowing for his lensing of Rodrigo García’s biblical drama “Last Days in the Desert” starring Ewan McGregor. Justin Chang (Variety) called it “the most astonishing technical achievement” of the film and contrasted it with Lubezki’s other work, writing that it put “aside the bravura long takes of ‘Gravity’ and ‘Birdman’.” Jordan Raup (The Film Stage) also noted a stylistic departure as he “doesn’t employ the continually roving camera style on display in his Malick collaborations, but rather glides along patiently.” And Lubezki’s cinematography was once again labelled “the real star of the picture,” this time by The Guardian’s Jordan Hoffman.

Correction: The original version of this post referred to the release dates of “Hugo” and “The Tree of Life” as being in 2010 instead of 2011.