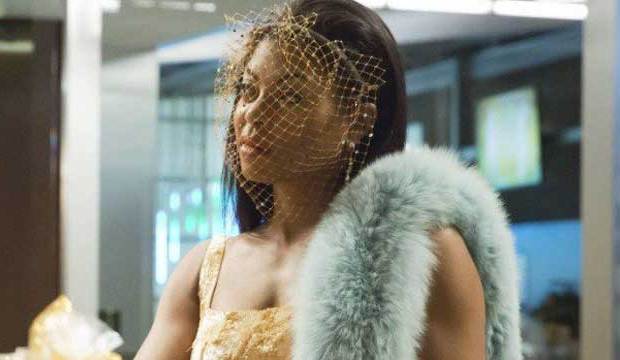 After scoring her second consecutive bid for “Empire,” is Best Drama Actress contender Taraji P. Henson poised to win her first Emmy with the episode “Rise by Sin?” She plays Cookie Lyon on the Fox series, the fresh-out-of-prison ex-wife of a hip hop mogul (Terrence Howard) battling his three sons for control of his company, Empire Entertainment. Last year, Viola Davis (“How to Get Away with Murder”) made history by becoming the first African American woman to win in this category. Will Henson be the next?

SYNOPSIS
Things aren’t going well for the Lyon family leading up to their performance at the ASAs. Cookie crashes Lucious’ rehearsal and demands he stop avoiding his knife-wielding, cake-baking mother (Leslie Uggams). The next day, her on-the-wagon sister Carol (Tasha Smith) comes to the office beaming about her new boyfriend Tariq (Morocco Omari). Ever suspicious, Cookie asks Thirsty (Andre Royo) to investigate and discovers that ‘Tariq the Freak’ is a federal agent investigating her family. She confront him, and he informs her that Lucious killed her cousin Bunkie. Later, an outraged Carol accuses her sister of riding Lucious’ coattails for her own career, and Cookie disinvites her to the ASAs.

After a heated confrontation, Jamal (Jussie Smollett) tells Cookie he can no longer work with his father. She begs him to keep a low profile since the family is once again on the feds’ radar, finally spilling the beans about how her testimony sent Frank Gathers (Chris Rock) to prison, and how Lucious had him killed while they were both behind bars. Later, Lucious asks a luminous Cookie to be his date to the ceremony. While there, an intoxicated Carol shows up, and tells Freda Gatz (Bre-Z) all about the Lyon family’s involvement in her father’s death. Distraught, Freda grabs a security guard’s gun and tries to kill Lucious, shooting Jamal instead. The family races to the ER, and Cookie breaks down in grief as her son fights for his life.

Can Henson win for this episode? Let’s look at the pros and cons:

PROS
Henson, an Oscar nominee for her supporting turn in “The Curious Case of Benjamin Button” (2008), has been the most acclaimed element of “Empire,” with a Golden Globe win to prove it. Indeed, Cookie Lyon has been the breakout star of the series, with her outlandish outfits and quotable Cookie-isms. If voters were rewarding the most memorable character, Henson would win this in a landslide.

This episode has Emmy submission written all over it. Henson has a lot to work with here, from her frustrations with her sister and her struggles to hold the family together, to her Cinderella giddiness at the ASAs turning quickly to devastation when Jamal is shot. It’s the kind of dramatic material that could fall apart in lesser hands, yet Henson always finds the right note.

CONS
Despite its many twists and turns, “Empire” isn’t nearly the water-cooler show it was last year. As well, it’s had a tough go at the Emmys aside from Henson, factoring only in the costume and song category (last year it only scored two costume bids in addition to its star).

Cookie Lyon is a classic TV diva in the mold of “Dynasty’s” Alexis Carrington (Joan Collins). Collins, you may recall, won the Golden Globe in 1983 at the height of the show’s popularity, yet never prevailed at the Emmys, receiving a nomination only in 1984. Will the same fate befall Henson?

Just admit it: You're bummed there's no Oscar host again this year [POLL]

Dave Chappelle and Chris Rock are both undefeated at the Grammys, but they're going head-to-head for the…

Which TV stars were skunked by Golden Globes just one year after winning? Jennifer Aniston, Andy…

Jennifer Ross ('Empire' music supervisor): Choosing music for our show 'is a beast unto itself'…

Drama Series Emmy battle: Newcomers 'Stranger Things,' 'The Handmaid's Tale,' This Is Us' are strong…