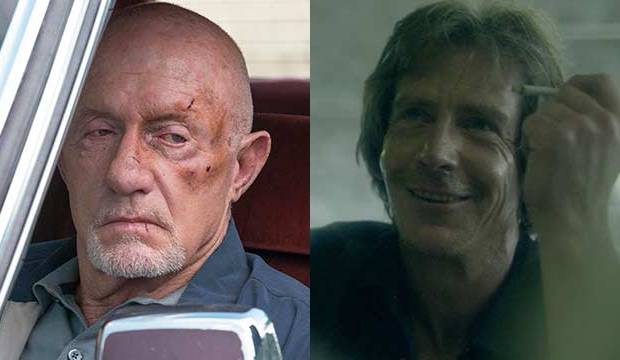 With his bid last year, Banks became the first person ever nominated in this category for three different shows (he contended for “Wiseguy” in 1989 and “Breaking Bad” in 2013). On this “Breaking Bad” spin-off, he plays Mike Ehrmantraut, a former police officer who later becomes a private investigator and “cleaner.” According to the official AMC listing for his episode submission: “Jimmy finds comfort in a familiar place. Kim receives a life-changing proposal. Mike is pushed to the limit when what he holds dearest is threatened.”

Mendelsohn returned to “Bloodline” as the ghost of Danny Rayburn, the oldest son and black sheep of a Florida family who was killed off in the first season. According to the Netflix listing for his episode: “Marco scrambles to get Eric immunity. Nolan recalls meeting Robert. Meg and Kevin turn against John, who pursues the one man who can alter his fate.”

Marshall Adams ('Better Call Saul' cinematographer): 'It's hard to point the camera at something you don'…