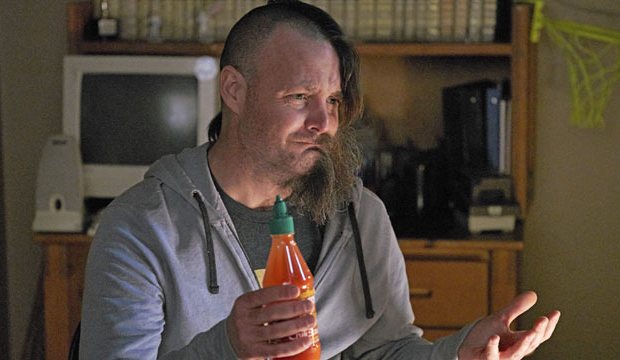 Now that Best Comedy Actor nominee Will Forte (“The Last Man on Earth”) has selected the Season 2 finale, titled “30 Years of Science Down the Tubes,” as his episode submission to Emmy Awards voters, can he finally win? Forte is a five-time Emmy nominee following his back-to-back acting nominations in this category, for writing the “Last Man on Earth” pilot (2015), for guesting on “30 Rock” (2013) and for writing “Late Show with David Letterman” (1998). He plays Phil “Tandy” Miller on the Fox comedy, who once believed he was the final person living after a virus wiped out humanity.

SYNOPSIS
In the well-received finale, Phil tracks his brother Mike (Jason Sudeikis) to their childhood home of Tucson, Arizona, after Mike likely contracted the deadly virus. After pulling up in the “Back to the Future” DeLorean, Phil finds Mike lying in bed, pretending to be dead — but it’s just another prank between these competitive brother. A few episodes earlier, Mike had shaved Phil’s hair on one half of his body (Forte dishes his crazy haircut in our Emmys webchat), but in this finale Mike finishes the job by cutting the rest of Phil’s hair and beard.

Phil and Mike bond in the attic, where Mike ruins Phil’s 30-year experiment to find out if a fart still smells after decades in a jar. Then, the brothers go outside where Phil shows Mike the tombstones where he buried their parents’ bodies. When Mike’s condition worsens, his dying wish is that Phil goes back to Malibu because he wants to die alone. Phil reluctantly agrees, and as a parting gift he gives away all of his sports balls that he used to talk to when he thought he was the last man on Earth. Can Forte win an Emmy for this episode? Let’s examine the pros and cons:

PROS
Forte. Is. Funny. That’s something not all of his competitors can say, as frontrunner Jeffrey Tambor (“Transparent”) and dark horse William H. Macy (“Shameless”) both hail from dramedies.

Thanks to this episode’s storyline, Forte gets to show incredible range, from emotional (dealing with his family issues) to silly (the jar scene in the attic).

The fact that Forte also creates and produces the series should give him extra credit points.

CONS
“The Last Man on Earth” may simply be too high-concept for the older, conservative members of the TV academy to embrace.

The show went way down in Emmy nominations, from four in 2015 to only a single bid this year. Are voters still watching?