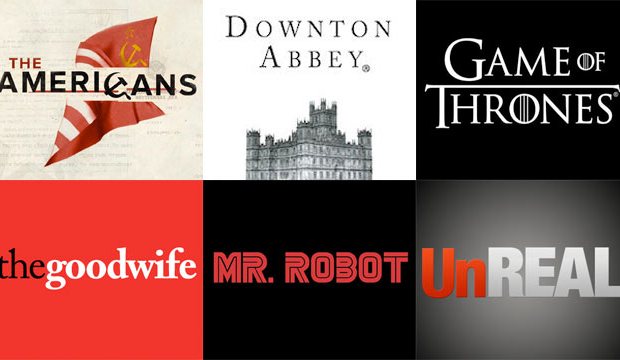 Ten talented writers have been nominated for their six scripts that are contending for Best Drama Writing at this year’s Emmy Awards. They have 42 previous Emmy nominations among them with six wins. (By way of comparison, the nine scribes up for the comedy prize have 39 previous bids but no wins.)

However, while this year’s Drama Writing nominees are more award-laden than their comedy series counterparts, that doesn’t mean that the competition is any less intense. We’ve got three series written by Emmy rookies and three with vets behind the wheel.

Full disclosure:  I am an Emmy voter in the Writers Branch and will be voting in this category for the final award. When DVDs are distributed for the final vote, I will watch all the nominees back-to-back and mark my ballot.  Until then, I shall refrain from making any comments on the horserace and instead want to focus on the scripts themselves and the Emmy history of their lucky writers. That being said, here are this year’s nominees:

Showrunners Fields and Weisberg are first-timers to the Emmy race, but their script for “The Americans” season finale proves that they belong here. This is an extremely complicated script in terms of the plot twists. The first act centers on William not meeting with Phillip as planned, but how that non-event is set up is the gist of the first act and one that requires careful writing choreography (if there is such a phrase). William’s final sacrifice to keep others from contracting lassa casts a pall over the entire episode until the introduction of Mischa, the heretofore unknown son of Phillip (with Irina) who has issues (of course) but whose presence portends a new direction for the series in Season 5, just what a great season finale should do.

Oscar and Emmy winner Fellowes did a very smart thing by submitting the penultimate episode of “Downton Abbey” instead of the series finale in which storylines were tied up with a big red bow.  He has so many spinning plates to take care of here that it’s breathtaking how he pulls it off.  Mrs. Patmore’s scandalous B&B, Thomas’ attempted suicide, the long awaited showdown between Edith and Mary and Mary’s final sabotage of her sister by revealing the existence of Edith’s bastard child, thus thwarting what might be Edith’s last chance at happiness.  That’s a lot of drama for a viewer to take in, much less create out of Fellowes’ own imagination, which is why the two-time Emmy champ is back here again.

One of the more acclaimed episodes in the series’ history brings Benioff and Weiss back to the Emmys. “Game of Thrones” is once again the most-nominated show in this race. Sometimes that momentum is enough to carry a script through to a win. While the scope of the battle that Benioff and Weiss depict is certainly impressive, the most important scene is pitched in a relatively small area of space.Indeed, the episode is not all battle. Rather, the intricately-written machinations among the characters drive the action.

Not since “The Sopranos” has there been as controversial a final episode of a beloved series as “End” was for “The Good Wife.” The Kings contended in this category seven years ago for the series pilot. And while performers from the series have won Emmys, nothing else connected with the series has, so it’s sweet justice that they have one more chance. What might be most appealing to voters is the symmetry at work here. The pilot episode saw Alicia publicly standing by Peter’s side followed later by a dramatic slap. In the finale, she is once again by Peter’s side and there is a slap albeit under completely different circumstances. That shows that the Kings are writers with foresight.

The pilot for what is arguably the most critically acclaimed new series of the year had a lot of ground to cover from the macro (bringing down a mighty conglomerate via hacking) to the micro (a penetrating depiction of an individual with social anxiety disorder with delusional thoughts bordering on paranoia). Ask yourself – how would you write this? Esmail, an Emmy newbie, came up with a way to do it by focusing on character while laying out the dimensions of the entire internet landscape. His protagonist, Elliot Alderson (Emmy nominee Rami Malek), is led into a world with which he is unprepared to deal but one in which he must hunker down and move forward.

On face value, spoofing “The Bachelor” seems like easy pickings. After all, it has been done by Season 2 of “The Joe Schmo Show,” Vh1’s “Flavor of Love” and, most brilliantly, by the web series “Burning Love.” So what could “UnREAL” possibly have to offer? Turns out, a lot. What Noxon and Shapiro depict in the pilot script is the sausage-making part of reality television. Having worked on shows like this for many years, I know that it has the absolute ring of truth – the token black contestant who gets rejected the first week, the borderline-insane aspirants whom the producers insist must be kept around for drama and the contestants who know they’re being conned and have to decide whether or not to blow the whistle.