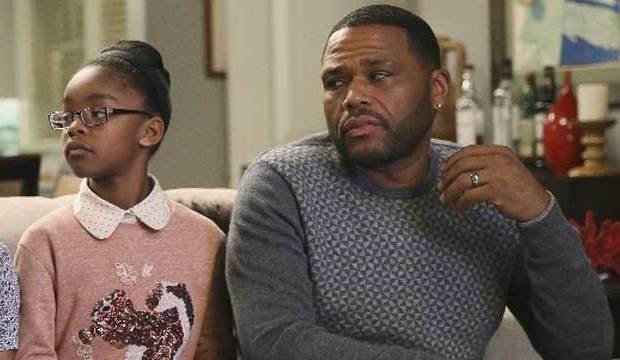 Anthony Anderson has earned his second consecutive nomination for Best Comedy Actor for his role as Dre Johnson in ABC’s comedy “Black-ish.” The actor/comedian, who also serves as one of the show’s executive producers, has submitted the episode “Hope” to Emmy voters.

SYNOPSIS
As the Johnson family watches breaking news regarding the possible indictment of a police officer accused of brutality against a black man, Dre (Anderson) and Bow (Best Comedy Actress nominee Tracee Ellis Ross) disagree about how to discuss issues of race with their children.

Does Anderson have the material to win his first Emmy? Let’s look at the pros and cons of his submission:

PROS
Anderson’s performance shows a good amount of range and impact. The first half of the episode shows Dre’s frustration with his wife’s desire to shelter their children from what he believes to be the harsh realities of life as a minority in America. Later he has an emotional monologue when he describes his pride in seeing an African-American president, as well his fear that the Obama would always be in danger because of his race.

This episode received significant critical acclaim when it first aired. James Poniewozik (New York Times) called the episode “remarkable,” arguing, “It was funny but heartbreaking, nuanced but not mealy-mouthed, blunt but not despairing.” Such acclaim can only help Anderson as Emmy voters are marking their ballots.

The subject matter of the submission is especially timely considering the current social and political climate in regards to relations between minorities and police. Having timely subject matter likely helped Jeffrey Tambor win in this category last year for “Transparent.”

CONS
Despite the acclaim for the episode and the fact that the show got its first nomination for Best Comedy Series, “Hope” failed to score nominations in the Comedy Writing and Directing categories. Could this show an overall lack of support for the show?

The Emmys have a history of ignoring actors with a background in stand-up comedy. Since 1980, only two stand-ups have triumphed in this category: Ray Romano in “Everybody Loves Raymond” (2002), and Ricky Gervais in “Extras” (2007).

Anderson doesn’t give the kind of eccentric, laugh-out-loud performance that has helped other winners in this category (e.g. Jim Parsons in “The Big Bang Theory,” Jon Cryer in “Two and a Half Men”).