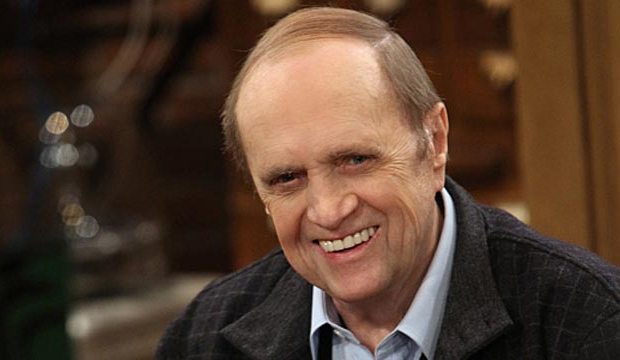 After decades of TV work, icon Bob Newhart finally won his first Emmy in 2013 for his guest stint on “The Big Bang Theory.” This year he is nominated again for Best Comedy Guest Actor for reprising his role as Arthur Jeffries (aka Professor Proton) in the episode “The Opening Night Excitation.”

Synopsis: As Sheldon (Jim Parsons) considers taking his relationship with Amy (Mayim Bialik) to the next level, his childhood hero, the late Arthur Jeffries (Newhart), appears in a dream dressed as a Jedi master and offers Sheldon advice on how to proceed.

So can Newhart earn Emmy number-two with this performance? Let’s take a closer look:

“The Big Bang Theory” is the highest-rated comedy on television, and this episode earned the highest ratings of the season. So more voters will have seen it already, which gives Newhart more exposure than some of his rivals in this category.

Newhart’s deadpan sarcasm is always funny, but he also has several moments with Parsons that are genuinely touching. There is a father-son affection between them that gives real range and impact to the submission.

CONS
Despite its dominance in the ratings, “The Big Bang Theory” received no nominations this year for Best Comedy Series or for any of its regular actors. Have voters simply moved on?

Voters have seen this performance before. In his 2014 submission for this role Newhart also appeared in a dream sequence wearing Jedi robes. He didn’t win that year, so perhaps voters are looking to reward something different.

Newhart doesn’t give the kind of big, in-your-face comic performance that tends to win this category.