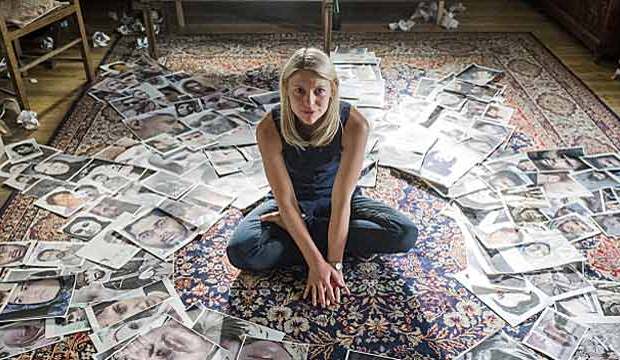 Nominated for all five seasons of “Homeland” so far, two-time winner in the Best Drama Actress Emmy category Claire Danes is looking for a third victory as Carrie Mathison. A win would vault her into the company of Edie Falco (“The Sopranos”), Michael Learned (“The Waltons”), Barbara Bain (“Mission: Impossible”) and Kathy Baker (“Picket Fences”) as winners of this award three times as the same character, all second to Tyne Daly who won four times for “Cagney & Lacey.” Below, we break down the pros and cons of Danes’ Emmy episode submission, titled “Super Powers.”

SYNOPSIS
Danes’ episode, which aired on October 15, 2015, was the third episode of Season 5. Taking place in Germany, the fifth season sees Mathison largely at odds with her former colleagues at the CIA. Danes showcases again her ability to portray the struggles of her character’s bipolar disorder juxtaposed with the resolve and fortitude that allows her to be a successful agent.

In this episode, Mathison’s weekend retreat with her boyfriend, Jonas, is ruined when her decision to temporarily go off her meds (because she believes herself sharper without them) triggers a bit of mania as she tries to figure out who is trying to kill her. When Jonas gets a call that is son is missing, Mathison believes it to be a trick orchestrated by her killer and leads her to a hunt in the forest with a foe that turns out to be Quinn.

Can Danes take home Emmy #3 for this role? Let’s consider the pros and cons:

PROS
In “Super Powers,” Mathison is reunited with her friend and former lover Peter Quinn (an also excellent Rupert Friend). The final scenes where they hunt one another, with one becoming the other’s captive, are thrilling in a way only “Homeland” can achieve.

“Homeland” has always been a timely show — the focus on homeland security and terrorism fits well into the post-9/11 narrative of American storytelling. With the presidential election looming, international relations are again a huge focus in the media and could subconsciously help both Danes and the show with voters.

CONS
Detractors of both the show and Danes’ portrayal of Mathison will likely call out the crutch of the character’s disorder. While giving Danes a lot to sink into as an actress, the emotional fits can be overwhelming and repetitive five seasons in. Voters could find there to be a lack of growth throughout the years, deterring them from voting for the performance.

Danes is already a two-time winner in this category, both of which came in the first two seasons when hype for the show was almost deafening. Though she’s now a reliable nominee in the role, after two years of not winning it’ll be hard for voters to find reasons to bring her back to the stage. She also won Best Movie/Mini Actress six years ago for “Temple Grandin.”