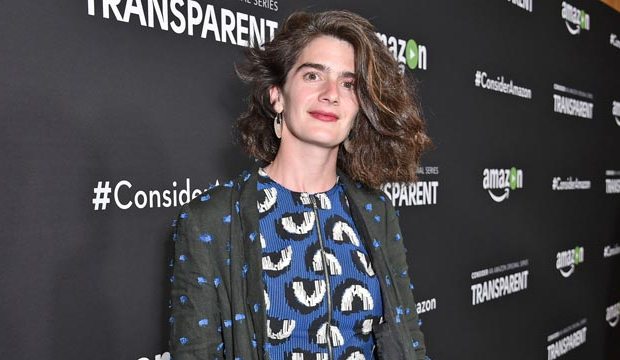 Gaby Hoffman surprised pundits when she broke into the Best Comedy Supporting Actress Emmy field last year for her layered portrayal of Ali Pfefferman in Amazon’s “Transparent.” She further impressed by netting an additional nomination in Comedy Guest Actress for her work in “Girls.” Though she lost both races, Hoffmann returns to the supporting category this year and is looking for a win by submitting the episode “Bulnerable.” Will her submission be enough to overcome stiff competition from the likes of reigning two-time champ Allison Janney (“Mom”) and her own co-star Judith Light?

SYNOPSIS
“Bulnerable” is the sixth episode of “Transparent” Season 2. Ali is struggling to write her graduate admission essay, so she turns to her would-be professor Leslie (Emmy and Tony champ Cherry Jones) for advice. Ali discovers Leslie upstairs in her house looking through lesbian porn in an attempt to find clips to play at an upcoming poetry reading. Leslie invites an uncomfortable Ali to her “barrel” to relax, and the two women shed their clothes and get stoned in the hot tub. They laugh, share personal stories, and lament the patriarchy as Ali says everything she can think of to impress Leslie.

There is clear sexual tension in the air, but the mood suddenly shifts when Ali reveals she has only been out of the closet for a month. Elsewhere in the episode, Josh (Jay Duplass) and Raquel (Kathryn Hahn) pull apart after a heartbreaking miscarriage, and Sarah (Amy Landecker) tries to live out a sexual fantasy on a date night, but her mother (Light) drags her back home. Can Hoffmann win on her second nomination for this show? Let’s examine the pros and cons:

PROS
In a category filled with larger than life characters, Hoffmann provides a nuanced and lived-in performance. This unfussy work could help her stand out from the competition.

She has an emotionally complex scene with Jones, where they both get high and naked in a hot tub. Many performers have won Emmys for playing under the influence and/or shedding clothing.

After surprise double nominations last year, it is clear Hoffmann has many supporters in the TV academy.

CONS
Ali’s story feels secondary. The great hot tub scene doesn’t happen until 20 minutes into the episode, and she doesn’t have as much material as many of her co-stars.

The dramatic tones of “Transparent” may make some voters hesitant to check it off in a comedy category. Even if voters don’t mind rewarding drama in this category, Hahn and Duplass have the more impactful dramatic storyline this episode.

The comedic elements of this script belong to Light and Landecker. With TV veteran Light a fellow nominee in this category, the episode may just contribute to Light’s chances.