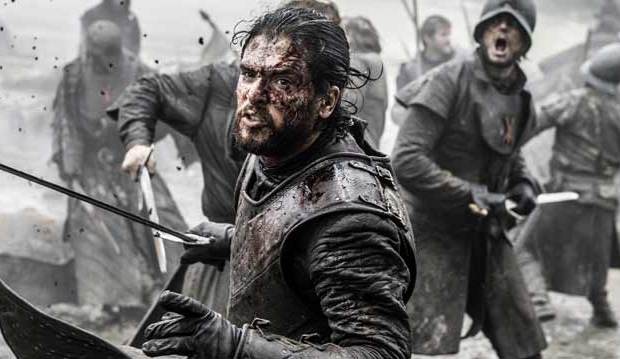 After six seasons of playing Jon Snow on “Game of Thrones,” Kit Harington earned his first Emmy nomination this year. One of his rival nominees for Best Drama Supporting Actor is co-star Peter Dinklage, who won this race both last year and in 2011. Harington is a strong contender in the category with his episode submission “Battle of the Bastards.”

SYNOPSIS
After Jon reunites with his half-sister Sansa (Sophie Turner), they set out to rescue their brother Rickon and take back their ancestral home Winterfell from her abusive husband Ramsay Bolton (Iwan Rheon). Jon meets Ramsay the day before the battle, who suggests they settle this in single combat. He then meets with his war council — Tormund Giantsbane and Davos Seaworth — and is warned by Sansa not to fall into Ramsay’s trap. He goes to see Melisandre (Carice van Houten) and begs her to promise that if he should die not to bring him back, again.

As the battle commences, Rickon is forced to run to Jon as Ramsay shoots arrows at him. Rickon dies just before Jon can reach him. During the medieval siege, Jon falls and is nearly trampled to death. As he fights to get up and breathe he sees his sister and Littlefinger (Aidan Gillen) along with the Knights of the Vale ride in to save the day. It ends in Winterfell as Jon tackles Ramsay and starts to beat him to death. After seeing Sansa he stops, realizing this is not his kill.

PROS
This was the season of Jon Snow both on and off screen. Harington was the face of all the print ads and billboards, after last season’s cliffhanger. We learned the truth of his much debated lineage, making him the focal point and keeping him top of mind.

Harington delivers a quiet, nuanced performance. The battle is seen from his perspective and he draws the audience in as they root for Snow to succeed. It’s reminiscent of the Oscar-winning turn by Leonardo DiCaprio in “The Revenant.”

“Battle of the Bastards” is not only Harington’s submission, but it has been singled out for directing, writing, editing, sound mixing, special visual effects, non-prosthetic makeup, stunt coordination. And it was submitted as one of the six episodes for the show itself. (See our exclusive chat right here with director Miguel Sapochnik.) If all of that critical acclaim wasn’t enough, the episode was so popular that on the night it aired, it shut down HBO GO.

CONS
Dinklage pulled a move that would make his character Tyrion proud by submitting “No One” to Emmy judges. That was the episode just before “Battle of the Bastards.” This essentially gives Dinklage two episodes, as he is featured prominently in Harington’s one as well. Harington, meanwhile, does not appear at all in Dinklage’s submission.

The battle does not give Harington many opportunities to deliver the big, showy scenery-chewing moments that voters typically go for in the supporting categories.

“Battle of the Bastards” is favored to win both writing and directing. However, before Harington starts planning his acceptance speech, he may want to chat with his co-star and three-time nominee Lena Headey. She submitted “Mother’s Mercy” last year, which won writing and directing. But she was unable to go along for the ride, losing out to Uzo Aduba for “Orange is the New Black.”